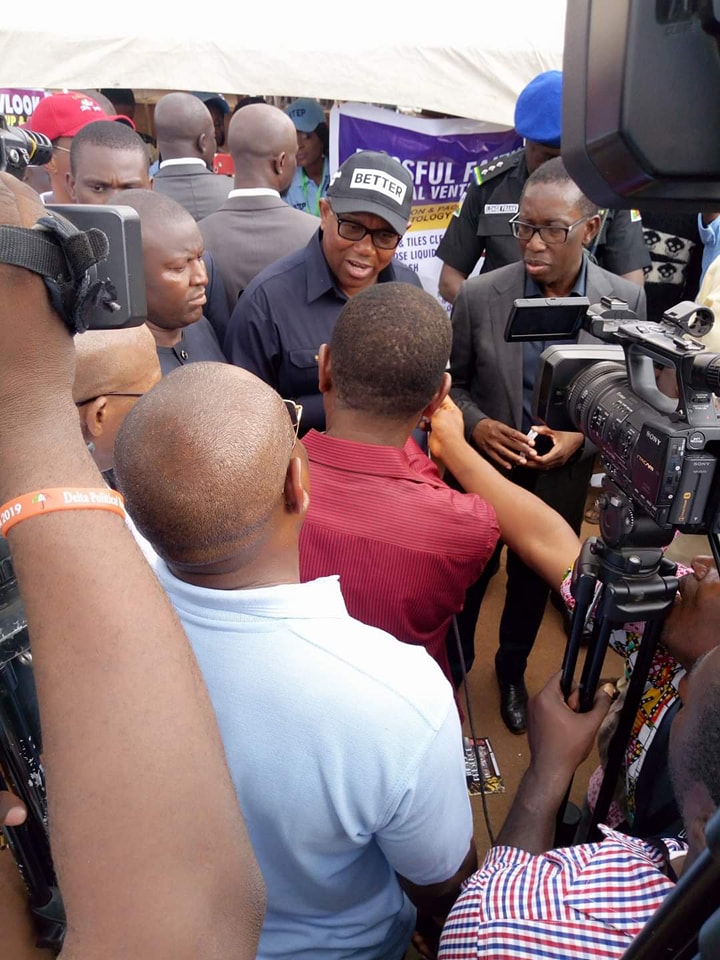 FastNews reports that after Okowa attacked Peter Obi, internet users mocked him, saying the governor of Delta State was being untruthful.

Following the Delta State Governor’s remarks, Nigerians have not stopped criticizing Peter Obi, claiming he lacks the qualifications to serve as their country’s president.

Since he made the statement, Nigerians have reacted to him by claiming that he lacks the necessary authority to say what he said. The majority of respondents claimed that Okowa himself has failed in the governance of Delta state, which also happens to be one of the most indebted States at the moment in Nigeria.

“Look at who is talking, a man who has completely failed in the governance of Delta State is suddenly everywhere claiming to be a saint just because the PDP nominated him as Atiku’s running mate, who himself sold the national assets of Nigeria to himself under the guise of privatization. He parades himself as the governor of Delta State but has yet to have an impact on the lives of the average Deltan.

Delta State is one of the top four states with the greatest debt hanging over its head, yet the state’s chief executive officer claims Peter Obi, who never borrowed a penny while in power in Anambra State, lacks the necessary skills to run Nigeria. If the truth be told, which of the duo lacks the necessary experience to lead a country the size of Nigeria? Okowa, Atiku’s running partner, should hide his head in shame because Adamawa State, where Atiku is from, is one of Nigeria’s least developed states.” James Okafor said on the blue app, Facebook.

Examine these images and tell me what you observe. Okowa invited the same Peter Obi he claims has no experience in running our nation to Delta State as a keynote speaker at the “Delta State Job Creation and Economic Summit,” despite telling us that Peter Obi has no experience, and yet look at him here riding on Obi’s popularity to give his empowerment schemes credibility. If Obi was ineffective, why would you invite him to be the headline speaker at your economic summit?

It is rather shameful for leaders to hurl accusing fingers at someone else while putting their indigents and unborn generation in continuous debt.
Okowa, despite Delta State’s massive debt burden, went ahead and sought a further N150 billion naira loan for his state on the eve of his outspent tenure as Governor. Who is deceiving whom?”

What qualifies someone to govern Nigeria? You believe Peter Obi lacks experience despite having been the CEO of a prosperous bank, a two-term State Governor, and a community leader. Atiku, the PDP’s presidential candidate, was simply a spare tire for Obasanjo, and the sole task he was given by Obasanjo to undertake, he botched and sold the country to himself. If this were a different country, Okowa should be embarrassed of himself for agreeing to run behind a candidate who has failed the country miserably.

For Okowa, it was all gbas gbos all the way. See the trending photos of Peter Obi and Okowa taken during the “Delta State Job Creation and Economic Summit.”