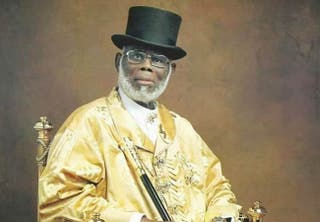 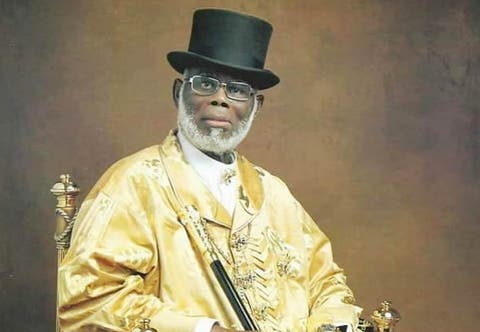 Dr Seinye Lulu-Briggs, widow of late Rivers philanthropist and businessman, Olu Benson Lulu-Briggs, has alleged that only the deceased’s son, Dumo, knows the whereabouts of his corpse.

She stated this through her spokesperson, Oranye Franklyn, during a telephone interview with one of our correspondents.

Seinye said her stepson took the corpse without considering the order by the Supreme Court of Ghana that all members of the late statesman’s family should participate in the funeral.

She said, “The body of High Chief Dr O. B. Lulu-Briggs was unilaterally removed from the mortuary where it was deposited to an unknown destination by Chief Dumo Lulu-Briggs on February 25, 2020, ignoring the order made at his behest by the Supreme Court of Ghana, which stated clearly that all members of the late statesman’s family should participate in the funeral.

“As a matter of fact, Dr Mrs Seinye O. B. Lulu-Briggs, and her stepson, Dumo Lulu-Briggs, had jointly signed in the body of High Chief Dr. O. B. Lulu-Briggs at the mortuary on July 19, 2019 after an autopsy at the Military Hospital in Accra that Dumo called for and insisted on.”

Asked if there was any litigation preventing O.B. Lulu-Briggs from being interred, she said, “No litigation exists anywhere in the world stopping the burial of the late industrialist and statesman.”

“The high chief is deserving of a state burial should the Rivers State governor be graciously disposed to accord him that honour. As we have always maintained, nothing stops the burial of the High Chief Dr. O. B. Lulu-Briggs, not even family differences,” she added.

When contacted, Dumo said he loved his father and planned to give him a befitting burial.

“Nobody can be more interested in giving my father a very befitting burial than me. Nobody can love him more than me,” he said in a text to our correspondent.