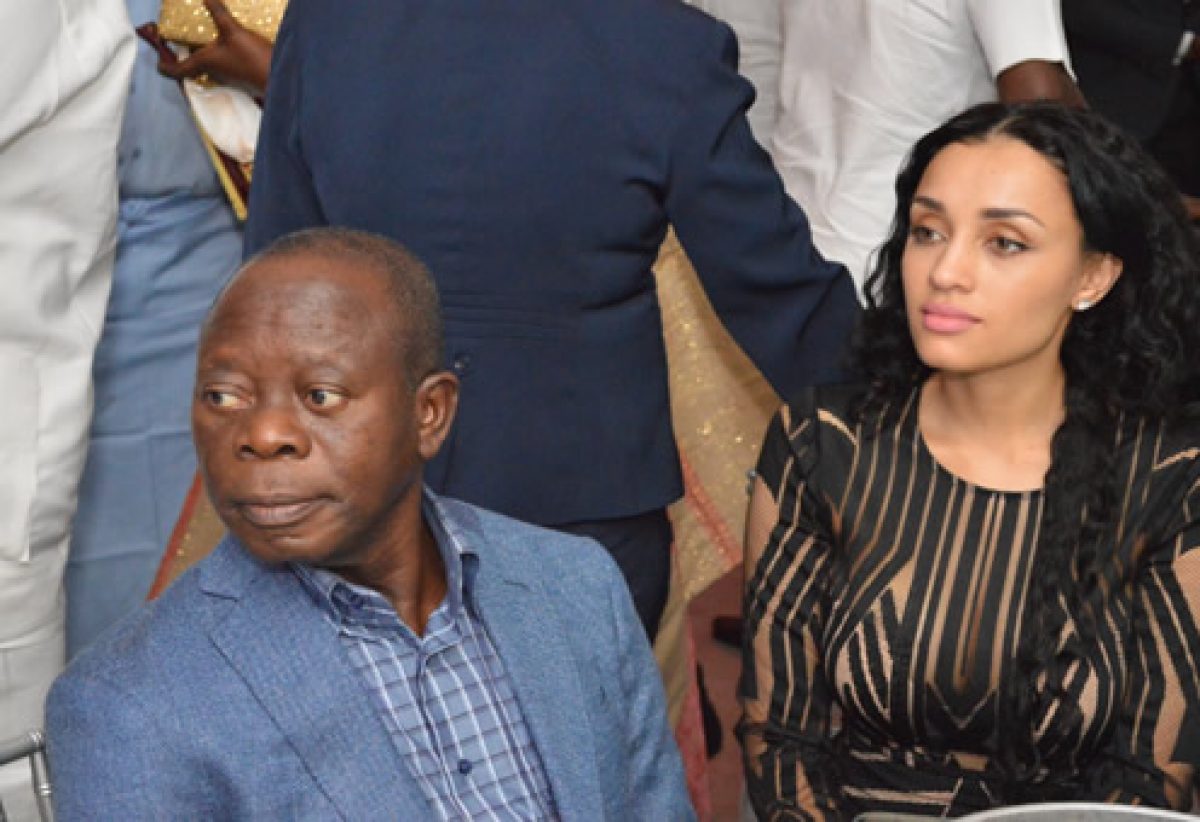 Mrs Iyara, the wife of a former Governor of Edo State, and a former National Chairman of the All Progressives Congress, Adams Oshiomhole, Iyara, has been off the social radar for some time now.

And her long silence has been raising questions within society circles on what she may be up to. Also, the fact that she has not been seen in public with her husband in a long time has given rise to various speculations.

A check on her social media pages, including Facebook, Twitter and Instagram, show that Iyara, who is from Cape Verde, has also given social networks a wide berth. Her Instagram page was last updated in 2017.

In 2016, there had been rumours that the couple had gone their separate ways but Oshiomhole’s media aide at the time, John Mayaki, had dismissed the reports, stating that she was enjoying her marriage.

However, because of her husband’s recent political troubles, many had expected that she would offer him moral support but she has neither made any public statement nor appearance.

Recall that in an interview she granted sometime ago, Iyara had described Oshiomhole as a very calm man and loving father to his children, who didn’t take any political fight home.(Punch).