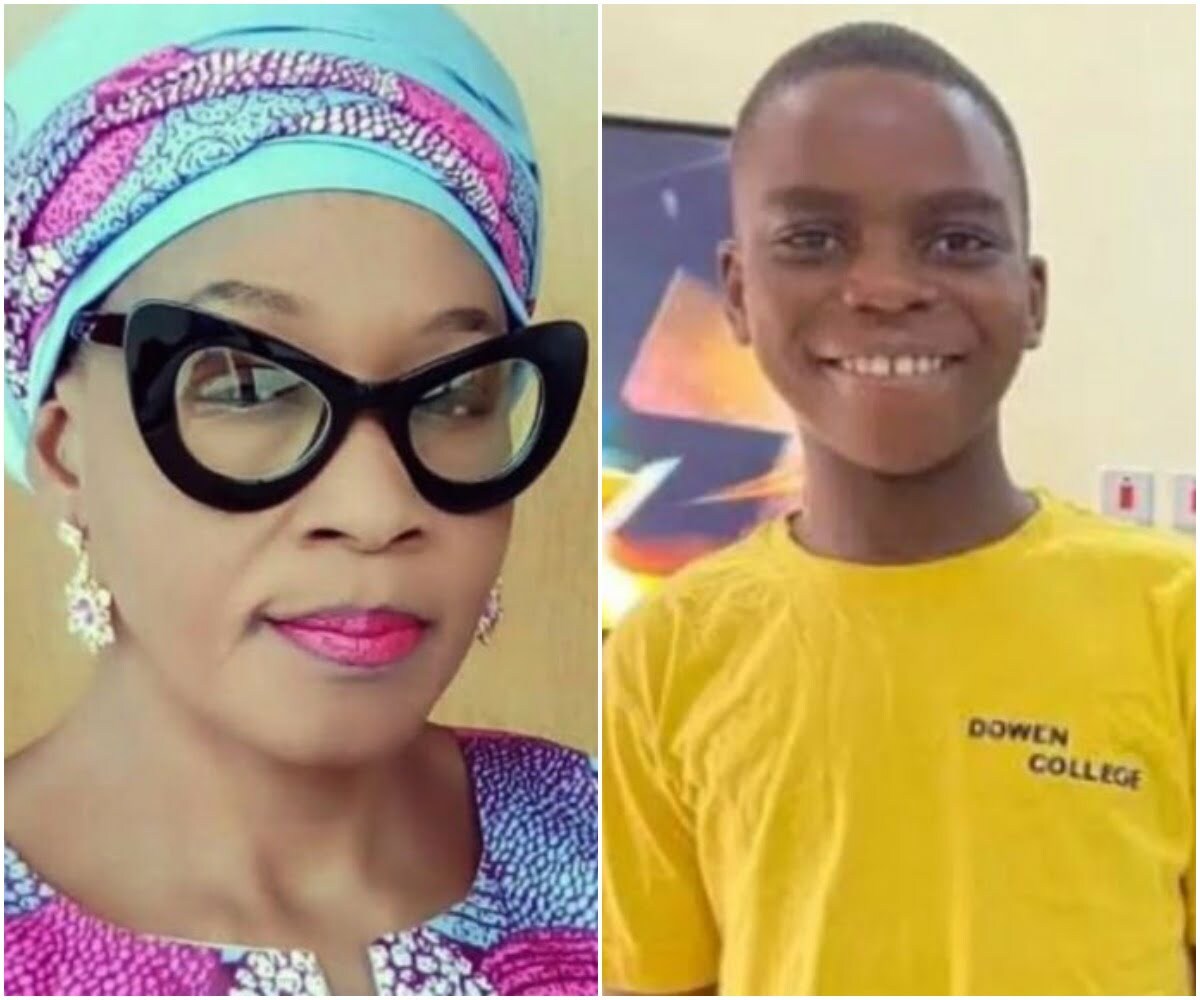 Kemi Olunloyo’s reckless allegation against the late Sylvester must be investigated.

The late student’s solicitors accused Olunloyo of attempting to smear Sylvester’s name on social media by claiming that the late student wanted to join a cult group at the Lekki-based school and had agreed to be beaten.

As a result, the law firm owned by renowned human rights lawyer Femi Falana (SAN) urged the Deputy Commissioner of Police at the State Criminal Investigation Department in Panti, Lagos, to summon the blogger for questioning.

“Although the students and staff of the College suspected to have played a role in the brutal murder of Sylvester Oromini have made useful statements to the Police. One Ms Kemi Olunloyo has just introduced another twist to the incident,” Taiwo Olawanle of Falana & Falana’s Chambers said in a letter dated December 13, 2021.

It was titled, ‘Request For Investigation Of The Allegation Made By Ms Kemi Olunloyo On The Tragic Death Of Sylvester Oromoni At Dowen College, Lekki, Lagos.’

The letter further read, “According to a false statement credited to her, Ms Olunloyo claimed that ‘Sylvester Oromoni wanted to join the cult, he agreed to be beaten and drank Engine oil as part of the initiation process.’

“Ms Olunloyo recorded her false statement and has been circulating the same on social media in a wicked manner with the sole purpose of diverting attention from the ongoing investigation by the Police.

“Apart from attempting to destroy the name of Sylvester Oromoni, Ms Olunloyo has exacerbated the tragedy of his parents, family members and friends without any justification whatsoever.

“Even though the reckless statement is a figment of the imagination of Ms Olunloyo, we are of the strong view that she ought to assist the Police in the ongoing investigation into the cause of the death of Sylvester Oromoni.

“If she cannot substantiate her reckless allegation, Ms Olunloyo ought to be charged with false information in the Magistrate Court in Lagos State.”

The PUNCH had earlier reported that the father of the deceased boarding student alleged that the Junior Secondary School 2 pupil died from the injuries sustained during an assault by five of his colleagues who wanted to initiate him into cultism but the school claimed he died after sustaining an injury during a football match.

The family had since demanded a coroner inquest into the student’s death while the Lagos State Commissioner of Police, Hakeem Odumosu, had said that some students have been arrested for the alleged assault.

Sylvester’s is one of the harrowing deaths of schoolchildren resulting from bullying and molestations in boarding secondary schools of late.

Karen-Happuch Akpagher of Premiere Academy, Lugbe, Abuja, had died of sexual molestation in June 2021 while Don Davies of Deeper Life High School, Uyo, had also narrowly escaped death in December 2020, when his mother raised the alarm of alleged sodomy of her emaciated son.