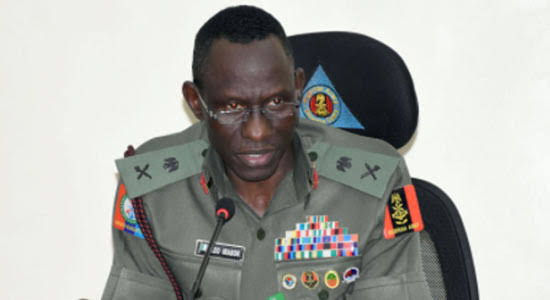 He described the attack as “madness”, saying that it was not a “normal” banditry action.

The CDS said this while addressing journalists in Yola, the Adamawa capital, on Tuesday.

The attack, which occurred in the early hours of Tuesday, led to the deaths of two officers.

Irabor was quoted as saying, “The incident in Kaduna has been undertaken by bandits, but it’s more of an armed robber coming to your house. The infiltration didn’t come by virtue of the normal banditry action. But these are things we’re already looking at, and in due course, you’ll get the details.

“Suffice to say, any form of insecurity is a cause of worry for anyone. That’s why for us, we’re more determined that this madness must be brought to an end very swiftly.”

In a statement, the Director Defence Information, Maj.-Gen. Benjamin Sawyerr, stated, “The gallant troops of the Armed Forces of Nigeria, in joint operations are in hot pursuit of bandits that attacked the offices’ quarters of the prestigious Nigerian Defence Academy, in Kaduna early hours of August 24, 2021.

“The gunmen who sneaked in after breaching the perimeter fence went straight to the officer’s living quarters and started shooting sporadically. Unfortunately, two brave and gallant officers paid the supreme price, while one other officer was abducted by the bandits in the process.”