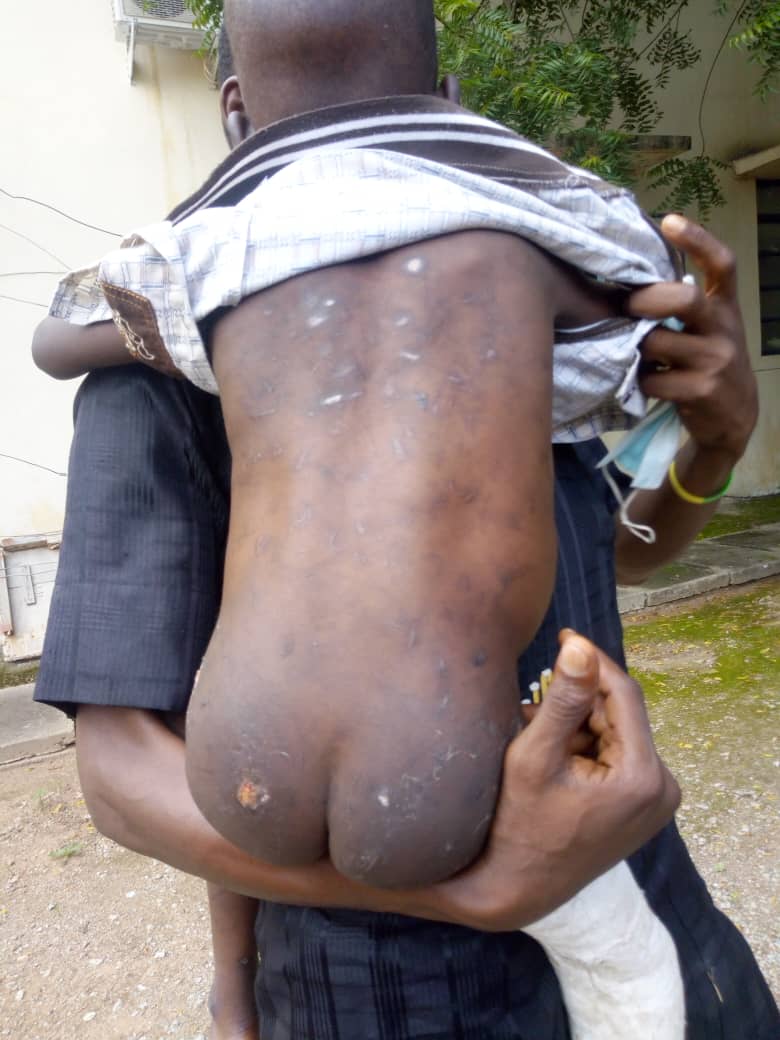 Katsina State Police Command has burst a notorious kidnapping syndicate.
The Command’s spokesman, Superintendent Gambo Isah, said this in a press statement.
According to Isah, on September 8 at about 4pm, Area Commander, Dutsinma and team succeeded in busting a notorious syndicate of kidnappers and armed robbers terrorizing Dutsinma Local Government Area of Katsina state.
He stated that the successful operation was based on credible intelligence.
The PPRO said “Five weeks ago, the syndicate kidnapped a 30 years old Wasila Kabiru of Alkarya village, Kurfi Local Government Area who was eight months old pregnant.
“In the course of investigation, one 30 years old Imrana Umar of Bargaja village, Dutsinma Local Government Area was traced and arrested in Jos, Plateau state.
“He confessed to committing the crime along with six others. He also confess to demanding and collecting N1.1 million as a ransom from the relations of the victim and refused to release her.
“Furthermore, he confessed to have committed the crime together with the following suspects:
30 years old Nazifi Salisu, 30 years old
Surajo Abdulhamid and 40 years old Mudahha Alti all of Bargaja village in the Dutinma Local Government Area of the state.”
Isah narrated further that among the suspects arrested is a 30 years old Abubakar Ibrahim, alias ‘ABU DIMOSHIN, of the same address who has been detained at SARS office, Katsina. Investigation, he said, is ongoing with a view to rescue the kidnapped victim.

Similarly, the PPRO disclosed that the Command recovered an AK 47 rifle and a motorcycle from bandits after a fierce gun duel at Mrarrabar Dan Ali, Danmusa lga of katsina state.
Said he: “On September 16, at about 1.20pm, Area Commander, Dutsinma led Operation Puff Adder and other teams to Marrarrabar Dan Ali, Danmusa LGA of Katsina state.
“The team laid siege for the hoodlums, engaged them in a gun duel and successfully dislodged them. Many of the hoodlums fled and escaped with gunshots wounds.
“The team recovered one AK 47 rifle with three rounds of 7.62mm live ammunition and a motorcycle all belonging to the bandits.”
Isah added that it a notorious route frequented by bandits while coming out from the forest into the villages to perpetrate their nefarious activities. Investigation, he said, is ongoing.
In addition, the Command has also arrested suspected kidnapper and armed robber.
Disclosing their identity, Isah said “On September 7, based on credible intelligence, the Command succeeded in arresting one Lawal Abubakar also Known as “Na Sabuwa” of Rugar Alhaji Abdu, Kankara Local Government Area.
“In the course of investigation, suspect confessed to belong to the gang of a notorious bandit “Dogo Na Halima”, based at Fauwa bandits’ camp, along Katsina – Zamfara boarder axis.
“They confessed, among many other crimes, to have carried out various attacks leading to killings, kidnappings, and cattle rustling in Kankara and Faskari Local Government Area and at ‘Yankuzo village, Zamfara state.” He also confessed to have personally killed so many people during the attacks.
Not resting on their oars, the Command arrested a 45 years old Rahama Sani of Kwado Quarters, Katsina. She lives with an adopted years old child, Abdulkadiri Mu’awuya. Investigation revealed how Mu’awuya was found to have been subjected to various inhuman and degrading treatments.
In the same vein, another set of kidnappers were also arrested in the period under review.
The Command stated that on September 12, at about 2.30pm, a Divisional Police Officer, DPO Musawa Division in collaboration with local vigilante, while on routine patrol, accosted a 30 years old Suleiman Rabi’u of Kiryoyi village, Musawa Local Government Area of Katsina state.
He is said to be a notorious bandit, kidnapper and cattle rustler.
In the course of investigation, suspect confessed to have conspired with the duo of one Idi Rabe, and Yusuf Idi of the same address, sometimes ago and trespassed into the house of one Muhammed Bello of Rugar Kusa and attempted to kidnap his 31 years old wife, Hauwa’u Muhammed. One prohibited Muzzle loading firearm was recovered in his possession during search.
On the drugs scene, the Command, on September 12, arrested 22 years old Abubakar Adamu of Lantarkin Mallam Mudi, Kofar Yandaka Quarters, katsina. He was found to be in possession of 27 bottles of Barcadin Cough Syrup with codeine syrup suspected to be dangerous drugs.
In the course of investigation, suspect confessed to have been selling same to members of the public. He identified one Ibrahim Gafai of Gafai Quarters, katsina, now at large, as the source of the said items.
The Command followed closely with the arrest of notorious kidnapper on September 11.
Isah stated that the Command acted on a tip off
in arresting a 20 years old Muhammad Bello of Unguwar Dan Gara, Tsafe Local Government Area of Zamfara State.
Upon interrogation the suspect confessed to belong to the camp of Alhaji Dan Sumaye of Danjibya bandit camp in Tsafe.
He also confessed to have taken part in the attack and killing of people of kadisau village, Faskari Local Government Area around June 2020. He confessed to have personally killed two persons in the village amongst other crimes including but not limited to cattle rustling in Faskari, Bilbis and other villages in katsina and Zamfara States respectively.

Accordingly, Isah maintained that “On September 15, at about 10.30pm, based on a tip off, a group of bandits attacked and kidnapped 35 years old Zaiyadatu Sagir and 30 years old Hadiza sagir with two years old Ya’u sagir of kaifi village, Malumfashi Local Government Area of Katsina state.
“The victims were whisked to unknown destination. In the course of investigation, the following suspects 45 years old Naziru Bala, 35 years old Musa Lawal, 45 years old Sani Bala and 25 years old Shafiu Ibrahim, all of Malumfashi Local Government Area of Katsina state were arrested.
“The suspects confessed to the commission of the crime and demanded a ransom of N30 million but collected three N3 million before they release the victims.
Investigations, in all the cases, are ongoing.