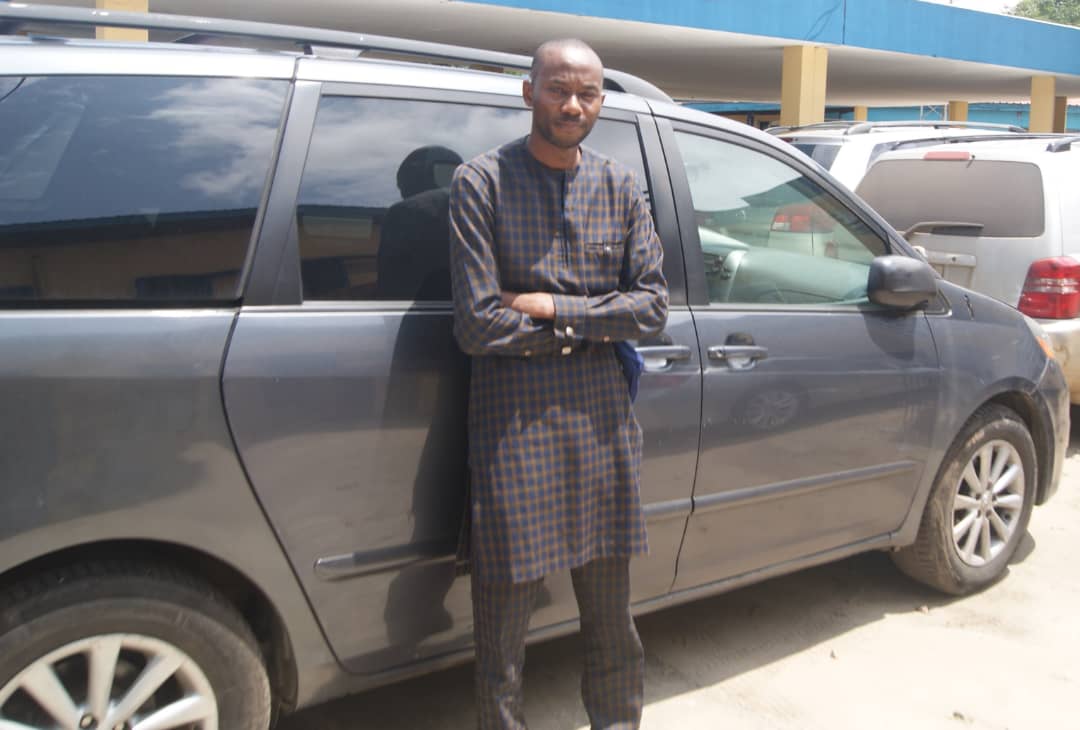 1.   This is a case of obtaining money under false pretense reported via petition addressed to the office of the *Assistant Inspector General of Police, Zone 2 Command Onikan Lagos* by a United States-based Nigerian lady, who has a vision of setting up a business back home.

2.    She owns a farm in the Federal Capital Territory, Abuja. Precariously, she was introduced to the suspect one Sylvester Ehiarinmian ‘m’, 43, as capable of providing her with security to and from the farm.

3.    Sylvester made love
advances to her despite being married with children and promised marrying her. Naively, the lady swayed into the fraudulent Sylvester’s net and was defrauded.

4.    When  the veil was blown off her face, the lady forwarded a petition to the office of the *AIG* who instructed the *Zonal Tactical/Monitoring Unit* to go after the suspect, from whom *Four (4) Toyota Sienna Space buses*, *One (1) Toyota Highlander SUV and landed properties*, comprising a storey building with an undeveloped plot of land, both in Apo area of Abuja and another two plots in Wasa area of Abuja, all belonging to the victim, were recovered from the suspect.

5.    Yet to be recovered from him are: One (1) Mikano Generating set, Two (2) Duplexes in South Africa, sum of $15,000 US Dollars he fraudulently obtained from the petitioner to procure visa for her sister, another $10,000 US Dollars he proposed to purchase carpets for an office they both agreed to operate and N40million for the establishment of a Medical Laboratory.

*D. Bunch of keys to a storey building consisting 2 Bedroom Flat and 2 Self-Contain apartments, one Bedroom Flat with Boys’ Quarters in Apo Resettlement Abuja.*
*E. Documents of ‘900sqm land located in Wasa District Abuja along with C of O.*

*H. Nine (9) copies of Deeds of Assignments belonging to a property in Apo Abuja.*