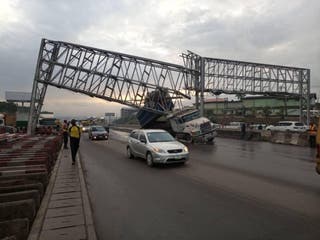 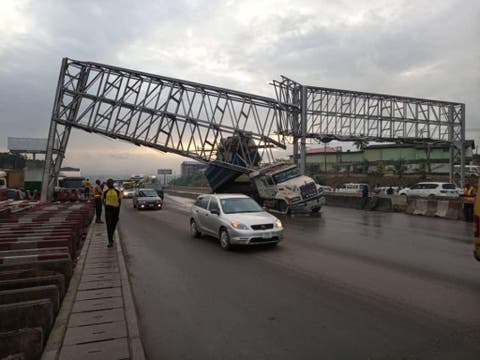 A yet-to-be-identified driver, conveying granite rammed his truck into a billboard at New Garage Bus Stop, Berger area of Lagos State on Wednesday.

He stated that there was no loss of life, adding that recovery operation had commenced.

Oke-Osanyintolu said, “Upon the arrival of the Agency’s officials at the incident scene, it was observed that a trailer conveying granite ran into a billboard at Berger, inward Secretariat, resulting to the damage of the billboard as well as a breakdown of the articulated truck.

“No casualties were recorded. Recovery operations ongoing while traffic has been diverted.” 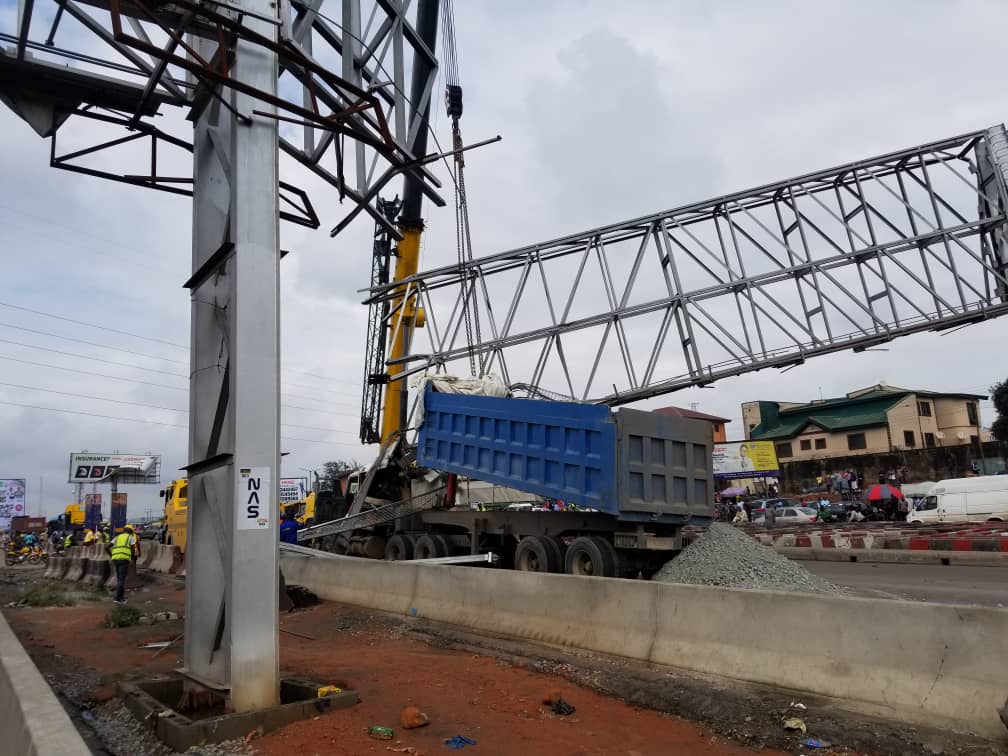 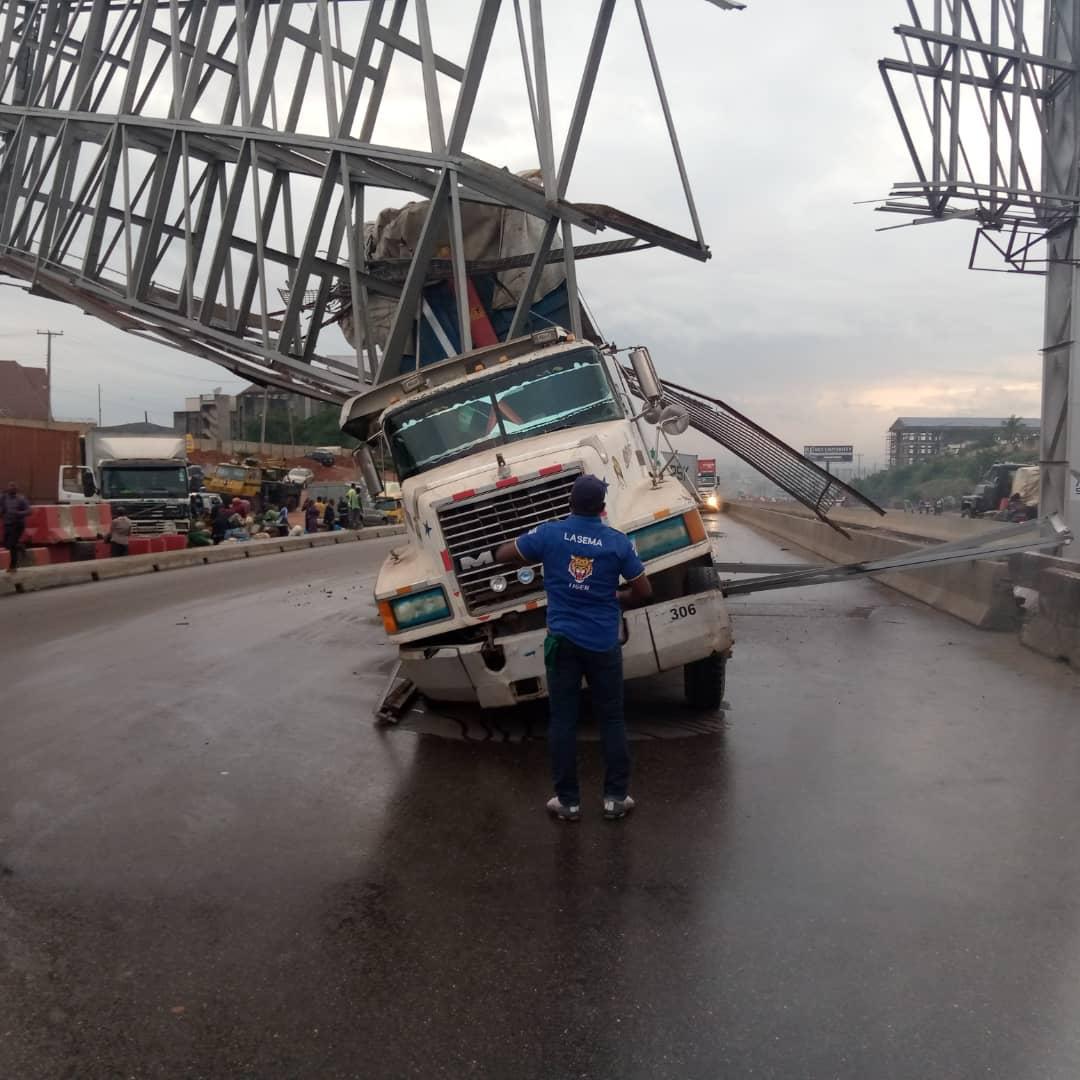 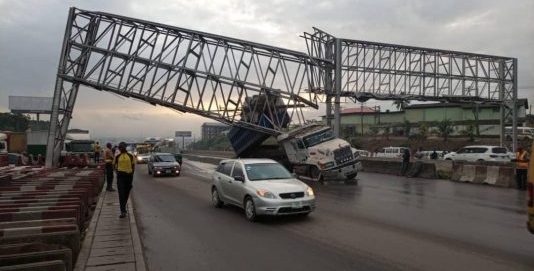