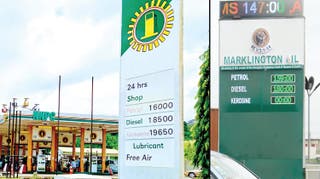 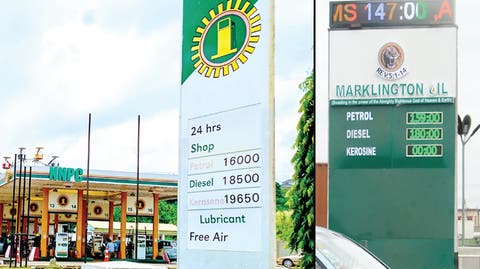 The Academic Staff Union of Universities on Monday said the Federal Government had surrendered the growth and development of the country to the International Monetary  Fund and the World Bank.

The National President of the union, Prof Biodun Ogunyemi, who said this in a telephone interview with The PUNCH in Lagos, said the Federal Government should prepare for more crises as people’s anger against the government would worsen as a result of hunger in the land.

He also said those running “Nigeria today do not love Nigerians,” but relied on the advice of some “outside forces.”

Also on Monday, the Trade Union Congress of Nigeria gave the Federal Government a seven-day ultimatum to reverse the recent increase in electricity tariff and the price of petrol.

The TUC gave the ultimatum in a letter addressed to the President, Major General Muhammadu Buhari (retd.), and dated September 14, 2020.

The letter titled, ‘We cannot bear the burden any longer, issuance of seven days ultimatum,’ was signed by its President, Mr Quadri Olaleye, and the Secretary-General, Mr Musa Lawal.

The congress made the letter available to journalists shortly after its national executive meeting in Abuja on Monday.

The ultimatum was issued 24 hours to the Federal Government’s meeting with the TUC and the Nigeria Labour Congress. The meeting was convened by government to explain the financial condition of the country and the reasons for the increase in electricity tariff and fuel price.

Recall that the Federal Government two weeks ago increased the ex-depot price of petrol from N 138.62 to N147.67,  prompting marketers to adjust their petrol prices to between N158 and N162 from N148 to N150 in August. The ex-depot price is the price at which government sells petrol to marketers.

The hike was the third within three months and it came at a time when electricity distribution companies increased their tariff.

Although the Federal Government had defended its action, saying the sharp drop in its revenues could not sustain the subsidy regime, labour leaders and civil rights groups said government was insensitive.

They said the decision was taken at a time when other countries were introducing measures aimed at mitigating hardship caused by COVID-19 lockdown.

The president of ASUU, Ogunyemi, in the interview with The PUNCH, said government did not have any respect for Nigerians.

He also cautioned government  on its over-reliance on external agencies such as the IMF and the World Bank.

He said, “You will agree with me that there is hardly any worker that can boast of meaningful existence with his or her honest income. And if government is ready to take some fundamental steps to redirect the growth and development of Nigeria, if government will continue to surrender the growth and development of this country to external agencies such as the IMF and World Bank, then government should be prepared for more crises because the people will become angrier when they are hungry and that is what they are beginning to see.  There will be more of labour unrest.”

He stressed that despite ASUU’s constant negotiations and agreements with the government, it had never paid attention to the university education system.

Ogunyemi stated, “From the perspective of our union, we believe that government has neglected the education sector for too long, particularly the university education sub-system.  As much as we have been trying to keep government on track, by reaching agreements, signing memoranda with government, government has been unfaithful.

“Successive governments in Nigeria have been setting aside our collective bargaining agreements. Just as it is happening to ASUU,  we know it is happening to other trade unions. What should be done is to draw out government very clearly. How do they see trade union agreements?  Are they just for the sake of placating labour leaders when they come up with issues the same way they deceived Nigeria with manifestoes which they set aside immediately they came to power?

“Or is it because they have some other forces outside Nigeria that are making them disrespect collective bargaining agreements to set aside every agreement they sign with trade unions.”

Nigeria not being operated by those who love Nigerians – Lecturers

Accusing government of insensitivity, Ogunyemi stated,  “Our own understanding of the situation is that government, as we have in Nigeria today, is not being operated by those who love Nigerians.”

Ogunyemi said the government was always using verbal harassments on labour leaders instead of solving tactical issues presented to them.

He, therefore,  stated,  “No matter how tough the operators of government are talking, it is not about talking tough to labour leaders that will bring solutions. It is about addressing tactical problems that they put on the table; enough of these verbal harassments and intimidations of trade union leaders. Of course, they know ASUU will never take that from anybody. If that’s what they want to do, thinking they can intimidate any labour leader, they should be prepared for the consequences.”

In its letter to the President, the TUC stated, “We have observed the gradual and steady annihilation of Nigeria and Nigerians in the light of government actions for the umpteenth time.”

It said the working class, their families and the masses were worried by the sudden increase in the price of petrol without any definitive and concrete efforts to make the nation’s refineries functional.

The TUC said the increase in electricity tariff was done without proper consultation and consideration of the effect of COVID-19, commensurate electricity supply and the provision of prepaid meters.

It noted the non-implementation of the negotiated national minimum wage by most of the state governments, and the Federal Government’s inability to create and sustain salary date and calendar to ensure transparency.

Other issues, according to the union, include corruption in government agencies such as the Niger Delta Development Commission, the Nigeria Centre for Disease Control and the Federal Ministry of Health as well as loss of jobs across industries.

The letter lamented the loss of jobs across the industries, high cost of living and the impact of the pandemic on businesses, stating that the palliatives reportedly shared by the government never got to those that needed them.

The TUC said it resolved at the just-concluded meeting of its organs that the “government should take immediate steps to reverse the hike in prices as it affects electricity, petrol and all other social services in the country to status quo ante (prior to increase) within seven days.”

It also called for the provision of adequate and quality health care and education for all to save the poor and the vulnerable at all levels.

It said, “These demands are made in good faith, and to save the dying masses and the vulnerable in our society.

“In the event of not showing empathy for this class of people by adhering to above demands, we shall, together with our civil society and allies sympathetic to the suffering masses of our people, commence an indefinite industrial action and national protest  from September 23, 2020.”

The TUC has about 29 affiliate members spread across various sectors, including the oil and gas, aviation, finance, construction, health and education.

The TUC President told one of our correspondents on Monday evening that the congress would attend the meeting with government.

We will convince TUC on  price increase – FG

But the Federal Government said it would convince the congress not to go on strike during today’s meeting.

Reacting to the TUC ultimatum on Monday, the spokesman, Ministry of labour, Mr Charles Akpan, said, “We would try to convince them on the reasons for the hikes in electricity tariffs and PMS pump prices at the meeting; Maybe, they would suspend the proposed industrial action.”

On his part, the Director-General of the Nigeria Employers Consultative Association, Mr Timothy Olawale, berated government for not repairing refineries.

He said what the private sector had demanded was total deregulation, not price control.

He said, “Our opinion is that what we have now is not deregulation. It is price control. You cannot say you have deregulated and you are still tampering with the price of fuel. International prices of fuel should also influence the local prices.

“If the welfare of the citizens is the responsibility of the government, why is it difficult for the government to fix the refineries as it promised before?

“Government should now be able to tell Nigerians it is giving a timeline. It should not be just a blanket promise that it will fix the refineries.”

He, however,  commended the government for opening its door for dialogue and labour for also accepting to discuss with government.

He said, “Typically on the issues that they are concerned about, the issue of change in the tariff of electricity and the increase in fuel, there are justifications that government has given, whether those justifications are convincing enough is a different ball game.

“As a matter of fact, the major responsibility of government is the safety and welfare of the citizenry. But overall, I think what government needs to do is to put all the cards on the table.

“Part of the justification for the electricity increase is that the right price must be paid for the right consumption of electricity.

“However, the question is the consumption because Nigerians don’t believe that they are really supposed to pay for darkness which is why government is supposed to enforce the issue of metering.

“So, I expect government to be able to convince labour movement and its associates on its plan to enforce and insist that metering should be done by the distribution companies.”

The spokesman for the Committee for the Defence of Human Rights, Gerald Katchy, in an interview with one of our correspondents, said, “The primary aim of the NLC is to promote and defend the nation.

“In the light of this aim, the simple agenda of the NLC towards this meeting should be to demand that government remove its knee from the masses’ necks as we cannot breathe again.”