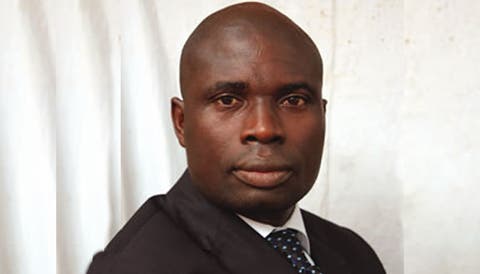 The other time, the Minister of Interior, Ogbeni Rauf Aregbesola, dropped a bomb. I doubt he realised how loud the explosion was, and whether he was aware he dropped something. He said the US imposed selective travel ban on Nigeria. It was because there were six issues the Americans  weren’t happy about. Four of them have been dealt with. Two are being dealt with. One of them is the fact that the US is unhappy that Nigeria doesn’t have a reliable ID database of its citizens. Nigeria is working tirelessly to regularise the database. Soon, the Americans would smile and they would lift the travel ban, the ebullient minister said.

There was this suspense, that time, as I watched Aregbesola get himself ready to speak on these issues at a press briefing. The reporter mentioned what the briefing was about. So, I had wondered if the minister would, in so straight a manner, admit to the things he did. Stating the matter that way, I imagined, would amount to presenting a damning report. But that was what he did. He was sincere with all of us though. He was in a situation where he said the issues the US raised back in February had security implications, and he wouldn’t go into them. But he went far enough on the ID issue to get me thinking.

For here we are, once more, foreigners pushing us to do what we ought to do. Those who followed the history of this nation’s attempt to collate its citizens’ ID would remember the corruption that attended the process over the years. It was the administration of General Olusegun Obasanjo in 1976 that came up with the idea of the national identity card project. It was the government of President Shehu Shagari that signed the first contract.  Six foreign companies bided.  Avant Incorporated got it, even though it had initially been disqualified by a technical committee of the Ministry of Internal Affairs. From one company, it became the job of two foreign companies, Avant running to Afro-Continental when it couldn’t handle the identity card technology which it knew nothing about.

In the event, a third company, Sagem, was brought in. But Sagem had yet to start when the military intervened in 1983. The Muhammadu Buhari-led military government cancelled the project. The Ibrahim Babangida regime that took over brought back Afro-Continental, compensated it and awarded the company a new contract worth N70.7 million which included the ID card project.  The project failed as civil servants and officials of Afro-Continental were accused of corrupt practices. In 1992, Afro-Continental was awarded another $73.4 million contract. It had yet to deliver when in 1998, the Abdulsalami Abubakar government that took over, called for another tender meant to start the national identity card project all over again. A Nigerian company, Chams Limited,  got $38.4 million worth of contract. It was to produce 52 million cards within four years. In 1999, Chams delivered one million cards.

In 2001,  the Olusegun Obasanjo administration called for the submission of tenders for the printing of 70 million identity cards. The administration explained this was to harmonise the identity card project so cards could be used for voter identification during the 2003 general elections as well as the 2006 population census. It handed the contract back to Sagem. Cham  informed the government of its contract with the Abdulsalami regime and the legal implications of continuing with the fresh call for tenders. The government ignored this.

When the matter ended up in court, Justice Kayode Esho said the government showed obvious “legally indefensible irresponsibility”  for ignoring Cham. He awarded damages of $410,390.60 to Chams. The government appealed but it later entered into a negotiated settlement. As for the new Sagem contract, it didn’t work as the company printed only 35 million cards. In the midst of the confusion, the late Internal Affairs Minister, Sunday Afolabi,  Mohammed Shata who succeeded him, as well as former Labour Minister, Hussain Akwanga, were implicated in a $2 million bribery scandal. In the end, the government blacklisted Sagem. That was how the national ID card project crawled on till date. Even after the ID card Management Commission came on board, some of its past administrators were accused of toying with the funds of the Commission.  The other time, the NIMC was pointing to less than 50 million ID cards in a population of some 200 million people. That was where we were when the Americans slammed the travel ban.

Any Nigerian who has been a victim of criminals would understand why the Americans would be concerned about absence of full national ID database in Nigeria. It’s difficult to trace criminals here, which is one reason they operate freely. Even with the BVN, in addition to mobile SIM cards that aren’t properly registered, criminals swindle and become anonymous. They have swindled many Americans. Over the years, it had become a problem for many other nations to get Nigeria to give them information on these criminals. Out of frustration, the US imposed a travel ban on some segments of the Nigerian population. That was when our officials paid attention to this embarrassing national dilemma.

I don’t belong to the school that dismisses the role foreigners play in Africa. It may be both negative and positive. I focus on the latter. Anytime these foreigners come hard on us, I consider what we should do that we don’t, and for which they take action. For instance, some were against the Economic Partnership Agreement between the EU and West African countries (which was actually the focus of my Ph.D thesis). After the research, I was convinced that in spite of the objections raised, some provisions in the EPA were a wake-up call for West African countries. Without the EPA serving to put pressure on us, most African nations wouldn’t lift a finger to put things in order as they had the opportunity to do pre-EPA, but didn’t due to corruption and bad leadership.  Now, the US travel ban is another example of pressure applied by foreigners to get Nigeria to put its house in order.

What the US has done reminds me of what the EU once did to Nigeria. In the course of the field work for my thesis, the EU ambassador to Nigeria and ECOWAS at that time, Mr Michel Arrion, invited me to an event. There, the effort was to sensitise Nigerians to various issues in the EU-ECOWAS EPA. There was this session during which the ambassador was asked why the EU banned Nigerian beans from entering Europe. Meanwhile, when the ban happened a year earlier, I had made some conclusions. So, I wasn’t surprised by the kind of response Arrion gave. It would take a Nigerian who doesn’t connect the strange things  we do to ourselves internally to the slaps foreigners give us, not to reach the conclusions that I did. Among other things, Arrion said the ban on poisonous beans wasn’t just about the EU safeguarding the health of its citizens. It was also to ensure that the Nigerian government took action with regard to the chemical residue in beans it fed its citizens.

Often, foreigners have had to push us to do what is right in this nation. The baffling part is that all such relevant issues are assigned to some agencies and the officials working in them. These officials collect salaries and they pursue a career as civil servants and Directors-General. As for the job proper, it’s never done and there’s no sanction. (Meanwhile, the official on Quarantine from the Federal Ministry of Agriculture whose duty it was to ensure that Nigerians weren’t fed with beans full of chemical was in attendance when Arrion made those damning comments).

Against this backdrop of do-nothing, each time we have a new minister in any ministry whatsoever, I assume they would have a plan of what to achieve. In the Internal Affairs Ministry in particular, no minister has ever committed to the completion of the ID card project, taking it as a priority if only for the bragging right. It may be this the step taken by the Americans on ID database essentially calls Aregbesola’s attention to. But with the manner he presents the issue to us, I doubt he feels the Americans at that level.