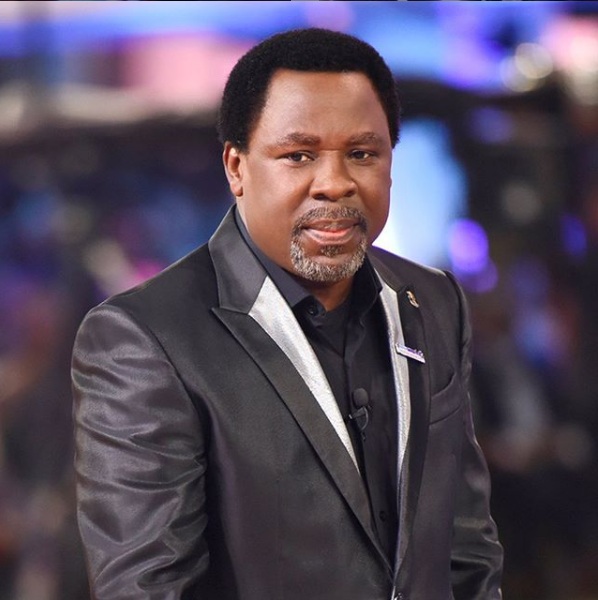 Emmanuel TV, the Christian television channel of Nigerian cleric TB Joshua, has released two more “testimonies” from citizens of Honduras and South Africa who “received healing” from the deadly virus COVID-19 through his ministry.

“I am sitting here today to announce to the world – the deadly coronavirus is dead in my body,” Mrs Malan from South Africa declared in the clip of her testimony published to YouTube.

The video shows her initially displaying her medical report confirming her positive to COVID-19, after which she and her husband – who was equally experiencing symptoms of the virus – receive ‘online prayer’ during a program termed ‘Interactive Prayer Session’.

As the prayer continued, Mr Malan fell involuntarily to the ground and began “vomiting poisonous substances”.

Several days later, the rejuvenated couple revealed that all symptoms associated with coronavirus disappeared immediately after the prayer and upon returning to the hospital, it was medically confirmed they were free from the virus.

Another video showed the case of Mr and Mrs Fidel Moreno from Honduras in Central America who were also both positive to COVID-19.

Speaking in Spanish, Mr Moreno explained he had a “supernatural experience” whilst receiving prayer via video call with Emmanuel TV.

“During the prayer, I felt like fire on my hands and my wife felt the same all over her body,” he revealed, adding that he went to the toilet and began “vomiting” after the prayer had concluded.

Displaying their medical reports, Fidel revealed both he and his wife were medically confirmed free from COVID-19 and he has returned back to his workplace.

“Jesus Christ, the Son of God, healed and still heals all manner of sickness and disease,” TB Joshua commented on the video’s description on social media.

Last week, the World Health Organization (WHO) reacted to a video of a Cameroonian medical doctor who testified to being healed from COVID-19 after “interactive prayers” on Emmanuel TV.

“Certainly, spiritual leadership is very important in a time like this,” Dr Michael Ryan, WHO’s Executive Director of Health Emergencies, said, speaking alongside WHO’s Director-General, Dr Tedros Ghebreyesus, who added that faith and science should “go together”.

This week, Joshua equally made headlines after offering to virtually pray for COVID-19 patients in isolation centres around the world.