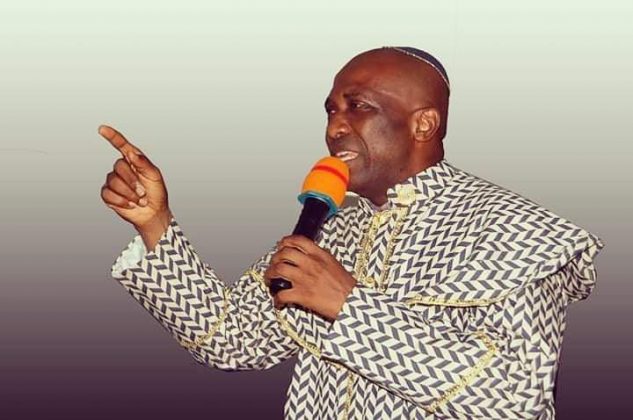 The leader of INRI Evangelical spiritual church, Primate Elijah Ayodele has once again proven to be relevant in the prophetic ministry. Some of his prophecies have just been fulfilled again.

It is no more news that the acting EFCC Chairman, Ibrahim Magu is currently facing removal threat following cases that has to do with corruption and the latest information about it revealed that the presidency has asked him to step down to clear his name.

Primate Elijah Ayodele had earlier predicted this in his annual book of prophecy titled ‘Warning to all nations’ , which was released in 2019.

In his prophecy, he categorically stated that Ibrahim Magu will not be confirmed as the chairman of the anti-graft agency and that his efforts will not still be appreciated because he will run into major crisis

In his words ‘‘ I foresee that EFCC Chairman, Ibrahim Magu will not be appreciated, he won’t be confirmed as the chairman of the agency by President Buhari, he will face challenges’

Beyond all doubts, it has happened just as he said it, Ibrahim Magu was not confirmed as the chairman of the EFCC and presently, his post as the acting chairman is sitting on a three-leg chair and he might as well serve prison term if the accusations against him are confirmed.

Also, Primate Ayodele during the release of his 2020 prophecies, Primate Ayodele stated it that he sees a plane crash in some countries and boat mishap and that people should pray against it.

Just as he has said it, last week, United Nations helicopter was attacked by suspected Boko Haram terrorists and just today, there was a plane crash in the United States that killed 5 people.

The popular prophet has commented on several issues both home and abroad, and has spoken God’s mind on so many individuals, countries, organizations, accurately.

His book of prophecy, which he releases every year contains prophetic warnings to every nation and every sector of the economy. Exclusive information also has it that Primate Ayodele will be releasing 10,000 fulfilled prophecies in few weeks time