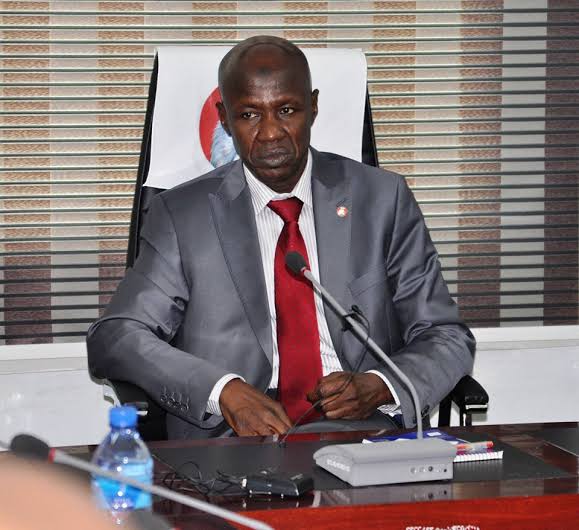 A former member of the National Assembly, who represented the Kaduna Central Senatorial District in the 8th Senate, Shehu Sani, has accused the suspended chairman of the Economic and Financial Crimes Commission, Ibrahim Magu, of running the anti-graft agency like a cult.

Magu is currently being probed by a presidential panel over allegations of misconduct, which may not be unconnected with his indictment by an alleged memo believed to have emanated from the Office of the Attorney General and Minister of Justice, Abubakar Malami.

The President, Major General Muhammadu Buhari (retd.) suspended the embattled EFCC boss on Tuesday, obviously to pave the way for a thorough investigation.

Sani, who is currently having a major crisis with the anti-graft agency, however, took to his Facebook page on Wednesday to celebrate the arrest and trial of Magu.

He alleged that Magu actually made use of some officers to carry out wicked operations and report solely to him.

Sani’s post read, “Contrary to the facade you see from the outside, the EFCC has been run by an inside cult called “the Magu Boys” or “the Chairman Squad.

“They are a select cream of vicious and cruel officers who operate exclusively and with impunity and only report directly to their boss.

“The inside cult is the dark and immoral aspect of the agency engaged in persecution, blackmail, frame-ups, and cruelty.

“The cult has been the wheel behind the ordeal of their embattled Boss.

“Until they are rooted out from the agency also, I believe a lot of revelations will be coming out from other marginalized and honest officers in the so-called anti-corruption agency.”