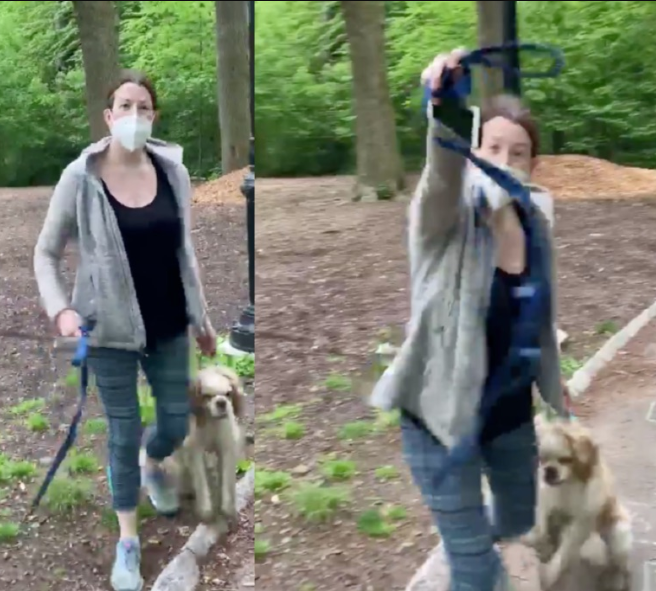 The Caucasian woman who called the police on an African-American bird watcher, and lied that he was threatening her, has been charged for filing a false police report.

On May 25, in New York’s Central Park, Amy Cooper became upset when a black man named Christian Cooper asked her to put her dog on a leash in line with the park’s rules to protect the birds.

In reaction, Amy threatened him that she would call the cops and tell them that there’s an “African American man threatening my life”. True to her threats, she called the police, and even cried during the call, in addition to almost strangling her dog.

Then, before hanging up, she adds, “I am being threatened by a man in the Ramble, please send the cops immediately!”

When the video went viral, people were angered at how she weaponized the man’s race.

Subsequently, she was fired from her job and her dog was taken from her temporarily.

“Today our office initiated a prosecution of Amy Cooper for falsely reporting an incident in the third degree. We are strongly committed to holding perpetrators of this conduct accountable,” Cyrus R. Vance Jr., the district attorney, said.

Ms. Cooper, who was issued a desk appearance ticket on Monday, is scheduled to be arraigned on Oct. 14. If convicted, she could receive a conditional discharge or be sentenced to community service or counselling rather than jail time.