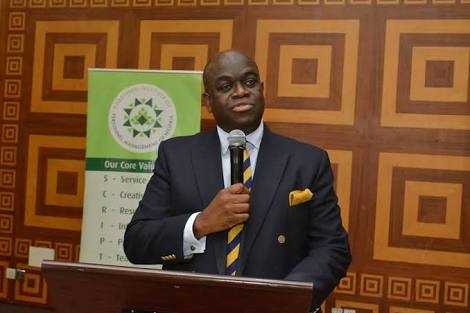 Dayo-Johnson died in the UK on Monday morning after slumping and his death is believed to be as a result of a heart attack.

Richie Dayo Johnson or RDJ as he is fondly called, is a highly sought-after international keynote speaker, experiential consultant and coach on Appearance, Behaviour and Communication.

His vast practical knowledge of the Anglo/African environment spans three decades and has worked with a mix of clients ranging from radio, television, corporate organisations, politicians, the military and governments.

RDJ is highly admired by many and the news of his death has been shattering. He led with an open heart and great understanding.

An alumnus of the prestigious University of Teesside, Middlesbrough, England, RDJ was a Fellow of the Royal Society of the Arts, a certified coach and an accomplished and certified advanced Toastmaster. He worked at GEC, Newton Aycliffe, County Durham and IBM London before becoming Deputy Managing Director of Universal Communications Group – publishers The Job Paper, London. He spent over 3 years at different locations in Europe as one of the key strategists and presenters on Radio Kudirat – the voice of democracy during the tyrannical years of military despotism in Nigeria. He was also Chairman, Southwark Community Businesses in South London during the inner-city regeneration of the 90’s by the British Government.

RDJ was a lead judge on a weekly television reality programme: “The Debaters” – Oratory, the Power to Change, watched all over the African continent and beyond by millions of viewers. He was the Charter President of Croydon Toastmasters and a past Area Governor, East Surrey and Kent of the esteemed international organisation on effective leadership and communication.

He was until recently an integral part of the transformational team building Radio & TV Continental (best Radio and Television NBMA 2016 Award Winners) and their subsidiaries into one of Africa’s most admired stations.

He was a keen wine enthusiast and is survived by his wife and three adult children.