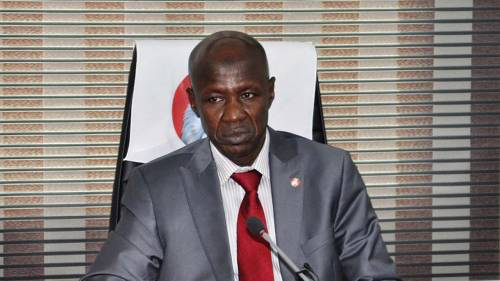 Embattled Acting Chairman of the Economic and Financial Crimes Commission (EFCC), Ibrahim Magu, is already moving out his personal effects from the commission’s headquarters, INDEPENDENT has gathered.

A credible source in the Presidency informed our correspondent that some aides of Magu were already moving out his things, adding that Magu will not be returning to the EFCC.

He added that the anti-corruption boss is currently being held at Area 10 Force Headquarters and will be returned back to the Justice Ayo Salami panel investigating his activities this morning.

According to him, based on the damning evidence against him, there is no way Magu can avoid prosecution after the work of the panel is concluded.