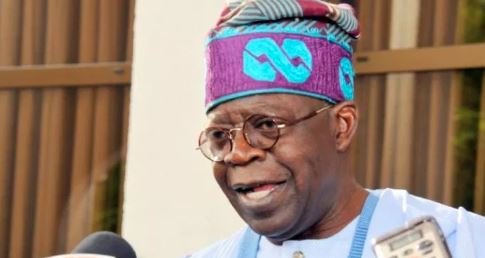 Director of Communication, Aare Onakakanfo Strategic Intervention Group,(ASIG)Olajide Odumosu, has described the National leader of the All Progressive Congress (APC) Asiwaju Bola Ahmed Tinubu, as a business man in politics with no ideology.

Speaking, while reacting to the recent story in the media where the Coordinator of Bola Tinubu Disciples Organization, (BTDO), Agarawu Wasiu, described Aare Onakakanfo of Yorubaland, Iba Gani Abiodun Ige Adams, as an ingrate, a traitor and a misfit for the Yoruba race.

Odumosu said with the story, the writer had done more damage to the reputation of the APC leader than good,disclosing that Agarawu rather than addressing issues raised in the said interview, had decided to go haywire, raining insulting words on the personality of Aare Gani Adams

He admitted that the interview with Yoruba Heritage online Television was just a tip of the iceberg.

“Having gone through the story, it is obvious that Tinubu’s Disciples Organization are nothing but a large group of loose cannons that are ready to mortgage the future of the Yoruba race.

In the interview with the London- based online Television, Aare Gani Adams raised four issues revolving around the state of the nation and the future of the Yoruba race.

Aare said the former Lagos state governor was never a member of any Yoruba sociocultural group, where leaders are properly trained and built with Yoruba ideology and philosophy

“He was groomed by the late General Shehu Yar’Adua, under Premous group- a political dynasty of the late politician.

Tinubu’s political background is alien to Yoruba ideology and that his campaign for presidency, two months after the swearing- in of president Muhammadu Buhari’s second term in office was ill-timed and a distraction to the APC government” .

“Tinubu’s quest for power is Hitlerish and no sane Yoruba man will like to identify with the former governor of Lagos state. He should name three unique things he had done for the Yoruba race”

” Tinubu had a hand in the break up of all the socio cultural groups in Yorubaland, Afenifere, OPC, YCE, others. He whittled down the popularity of PRONACO”

“The OPC under Aare’s leadership broke up into groups.He sponsored the renegades in Somolu, Ilorin,and Ibadan. Now those groups have gone under and they are of no relevance at the moment”.

” Afenifere had a bitter story to tell about him. The Yoruba socio cultural group had been in existence since 1948,he had infiltrated the group with Afenifere Renewal group. He went to the presidency with another group led by Pa Ayo Fasanmi, saying they are the authentic Afenifere.YCE is presently another victim of Tinubu’s political chicanery”,he said

“The new Yoruba World Congress that is just starting are presently feeling the heat of his infiltration, with some of its top member resigning with no genuine reason”

“Even there was an unconfirmed reports that the Lagos state government slowed down on the implementation of the Amotekun Security outfit because they are waiting for bourdillion’s go ahead, even as it is evident that his body language on Amotekun across the southwest is nothing to write home about. All these are evidences against Asiwaju Bola Ahmed Tinubu” he said.

“While serving his unjust detention in prison, Obasanjo decided to deal with Aare Gani Adams. And one of his reasons then was because of his closeness to Tinubu.

He was was released from detention after fourteen months that was between October 2005 and December 2006.

He said Aare was an ingrate. Let him justify this. Has he built a house for Aare Gani Adams? Did he buy a car or sponsor Aare’s education? Or did he spend any money for the development of the OPC as organization? When Okiro arrested him in 2001,did he pay for his legal fees?

Even during the installation ceremony of the Aare Onakakanfo of Yorubaland on January 13, 2018 in Oyo, did he contribute financially or send any representative? He didn’t.

These are questions begging for answers.

In 2007 when Aare Gani Adams launched his book “Leadership challenge” at Museum Centre, Honourable Tunde Balogun, Tinubu’s representative at the book launch promised to give Aare five million, but up till today, he didn’t fulfill his promise.

In 2005,Tinubu offered Aare Adams a two-bedroom apartments at Lagos state Low Cost Housing Estate, Ojokoro,Meiran, Lagos but he rejected it.The last time Aare meet with him was in 2009.So why is he after Aare?

Therefore, it is a complete misinterpretation of words to say Aare Gani Adams is a misfit for the Yoruba race.