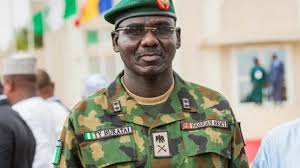 In line with the desire of the Chief of Army Staff to uplift the living standards of army personnel and ensure excellent civil-military relations, various vital projects that were either constructed or refurbished have just been inaugurated in all the eight Divisions of the Nigerian Army located across the country in commemoration of the year 2020 Army Day Celebration.

Some of the projects Commissioned are in the areas of troops’ living accommodation, office accommodation, Clinics/hospitals, schools, roads construction and corporate social responsibility/intervention activities in many communities in Nigeria.

A statement by Col Sagir Musa, Director, Army Public Relations gave an outline of the projects saying, “In 1 Division Kaduna, a total of 138 flats of accommodation for personnel of the Nigerian Army have been commissioned in Dalet Barracks and Ribadu Cantonment for the benefit of army personnel and their families among other projects.

“Similarly, in 2 Division Area of Responsibility, the newly built Headquarters 32 Artillery Brigade Complex, Corporal and Below Quarters, Brigade’s Medical Centre and a Guard House were inaugurated.

“Additionally, the foundation laying of Barracks Investment Initiative Programme (paultry farm) and Commisssioning of Community Civic Centre at Uhonmora-Ora Community in Owan West LGA of Edo State were also done during this period.

“While in 3 Armoured Division Jos, numerous projects including a huge Multi Purpose Cooperative Society, Rhino Officers’ Mess Charlets, Rhino Officers Mes Sit-Out Garden and NAOWA Admin Office were inaugurated for the benefits of the Nigerian Army personnel and their families.

“Additionally, Brigade Medical Centre, kitchen, a mosque and a chappel as well as K9 Kennel have been equally commissioned.

“As part of the Nigerian Army’s social responsibility initiatives intended to create and sustain excellent civil military relations, some troops of 7 Division Maiduguri Conducted Cleaning up of streets and clearing of gutters along Baga road market, Maiduguri town, Borno State as part of the activities marking the Nigerian Army Day Celebration 2020 to the admiration of the public in Maiduguri metropolis.

“Also, a newly built Camp Delta Force Quick Reaction Base has been commisaioned to facilitate reaction time in the efforts to end terrorism in the area.

“Additionally, 585 Signal Regiment Office accommodation, Dental Clinic and Maternity Wards of 8 Division Hospital, 26 Battalion Parade Ground, the Battalion’s Arms Store, Operations Room and Hall of Fame and Solar Energy Power Project have been completed and commissioned during the period, in addition to provision of free medical assistance and Sanitation exercise in some areas in 8 Division Area of Responsibility.

“While in Ikeja Military Cantonment, several projects were commissioned which included the newly built Nigerian Army Aviation Pilots’ accommodation, newly renovated Corporal and Below Quarters and the remodelled 9 Brigade Officers’ Mess and a disinfecting tunnel donated by hypo company were also inaugurated.

“Accordingly, in 82 Division Area of Responsibility, in addition to routine provision of free medical services to hundreds of people in many communities, the six newly constructed blocks of classrooms at community and local education authority schools at Umakohia Ubi Community in Owerri West local Government Area of Imo State have been commissioned among other projects.

“Instructively, all the projects were inaugurated on behalf of the COAS Lt Gen TY Buratai. Gen Buratai urged all the beneficiries in the various barracks, Cantonments and the lucky communities across the country to take care of the projects for the benefits of their respective communities.

“He enjoined the communities to continue to cooperate and support the Nigerian Army and other security agencies in the spirited efforts to end terrorism and other insecurities in Nigeria.

“He used the opportunity to appreciate and thank all Nigerians for their patience and understanding.”