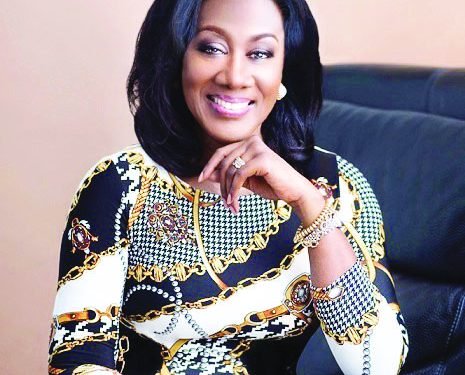 I HAVE read reactions trailing the enlistment of Mrs. Nimi Akinkugbe, specifically on Punch.com, as non-career Ambassadorial Nominee for Ondo State. These reactions are tagged to Mr. Ademario Emmanuel who doubles as ‘Chairman Ondo Youth Coalition & National President of Youth Advancement Initiative’, and ‘The President Yoruba Afenifere Youth Organisation of Nigeria’, Eric Oluwole, wherein they surmised precipitously that the nominee for Ondo is not from Ondo State, thus the appointment will not stand.

These pair of Ondo sons further alluded that Ondo State has prominent sons and daughters that could take up the appointment and serve Nigeria credibly instead of Mrs. Nimi Akinkugbe. Whilst Ademario Emmanuel was quoted to have asserted that Ondo State is being shortchanged, Eric Oluwole equally vents that “an indigene of Rivers State cannot represent the people of Ondo State”, then he gives an ultimatum of 48hours for a reversal of the nomination.

Ordinarily, any reading audience would shore up the claims and advocacy of Mr. Emmanuel and Oluwole collectively & respectively, but not when armed with superior knowledge about the personality of Mrs. Nimi Akinkugbe. Yes, Opunimi Akinkugbe is a Rivers State-born daughter of Late F. I. Ajumogobia (Former Chief of Missions at UNESCO) who met died in the ADC flight 086 crash, en route Lagos from Port Harcourt on the 7th November 1996. She lived in Lagos State (the political power city of the West).

The bane of the argument and request for the withdrawal by the said Chairman Ondo State Youth Coalition/Youth Advancement Initiative, and President of Yoruba Afenifere Youth Organisation, which I vehemently disagree with, are that ‘she is not an indigene of Ondo State’. I disagree with them, as that is a pellucid fallacy. Interestingly, Mrs. Nimi Akinkugbe has spent a greater part of her life in the south-west of Nigeria than Rivers State, and she is married to an Ondo State indigene “Mr. Yinka Akinkugbe”, for which their marriage is blessed with three children.

Permit me to also put on record that the House of Representatives had passed a bill enabling married Nigerian women to choose their State of Origin. The ‘bill for an Act to amend for Federal Character Commission (Establishment, etc) Act 2010, Laws of the Federation of Nigeria Cap. F7’, provides that: “A married woman shall have the option to lay claim to her State or Local Government of origin for the purpose of implementation of the Federal Character formulae at the National Level, or State as the case may be.” This gives women the options of choosing the indigeneship of either their father or Husband. Before this, married women were considered strictly as indigenes of their husband’s State.

Suffice to also enthuse that the concept of “indigeneity” is perpetuated in the 1999 constitution. This system categorises all Nigerians as either indigenes or Non-indigenes (also labelled ‘settlers’). The mechanism was to ensure ethnic parity in employment, education, and appointments such as the circumstance under review.

The Federal character principle is an institutional innovation that is implored to ensure that Government reflects the country’s diversity and equitably distribute resources and Services to the respective federating units. Also, section 42 (1) and (2) of the 1999 constitution guarantees freedom from discrimination. Specifically, (2) reads: “No citizen of Nigeria shall be subjected to any disability or deprivation merely by reason of the circumstances of birth… ” Therefore, it would not be wrong to posit that the duo of Emmanuel and Oluwole are either being dangerously naive or politically playing the script of an individual, it a group of disgruntled benefactors.

Worthy of note, Senator Patrick Akinyelure of Ondo State in the same report, affirms that nothing was wrong with the appointment of Mrs. Akinkugbe as long as the governor supports it. He further cited that: “Mrs. Akinkugbe is duly married to an Ondo State son and had given birth to Ondo children” and so, legally she can claim her husband’s state.

Distinctly, it is expedient we imbibe and transcend from the primordial predilection of extreme ethnic chauvinism to a more globally viable approach to governance and its associative task, by putting efficiency and qualifications topmost before tribe. This is the modus vivendi that is aiding rapid economic and infrastructural growth in saner climes. Ethnic bigotry is a devious scheme and a primitive clannishness plaguing our society today. If we are resolute to meet the pace & dynamics of modernism in the developed societies, then we must have a break-up with our past and search for newer forms of driving governance.

For this reason, I continually applaud the political ideology of Bola Ahmed Tinubu, who places a premium on discovering and bringing on board, persons endowed with esteemed intellectuality and proven competence in business administration and governance than the local precedence of putting ethnicity first. Unarguably, his transformational blueprint and legendary vision in Lagos State resonates.

To say the least, Mrs. Nimi Akinkugbe is eminently qualified and geographically compliant to earn the ambassadorial nomination for Ondo State. Mrs. Akinkugbe is a renowned columnist, with 23years of experience in the banking sector, having worked at Stanbic IBTC, Barclays Bank and Standard Chartered Bank where she is currently a non-Executive Director. She is the founder and CEO of Bestman Games Ltd. In December 2012, her company launched the City of Lagos edition of Monopoly Games, making Lagos State the first city in Africa to have its edition of the Habros’ World-famous board game. She attended the London School of Economics and Political Sciences and IESE Business School where she bagged an MBA.

I commend the Ondo State Government and Mr. President for the choice of such an asset like Mrs. Nimi Akinkugbe, to serve Nigeria in such an honourable and tasking responsibility. We trust in her high profile antecedence, to serve Nigerians satisfactorily, and spark a more formidable relationship between Nigeria and whichever country she would be designated.