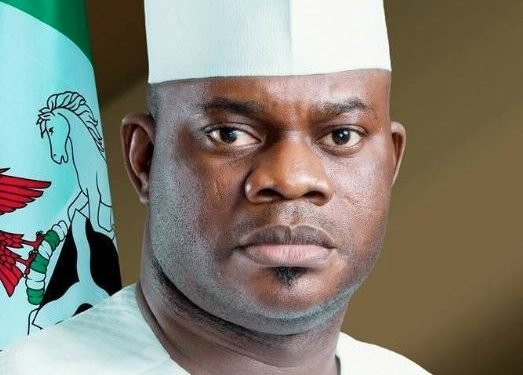 The Kogi COVID-19 farce just produced its first horror movie!  Is this the beginning of a tragic series, just to live in COVID-19 denial?  Lawdavmesi!

After that brazen attack, the hospital sources declared the following missing: infra-red thermometers (a key medical tool, in this high season of COVID-19 management), laptops, ATM cards, car keys and two motorcycles — all in daylight raid.

Not only those: the swaggering, swashbuckling thugs left the administrative block of the hospital totally in shambles: smashed glasses and scattered chairs, in a brazen destruction of a health facility funded by taxpayers’ money.  Besides, that senseless attack has left the masses that patronise the facility grappling at straws: the workers, medical and support staff unions, have declared an indefinite strike, until the facility is well secured.

Now, there is no dispute that there was a raid.  The dispute is over whodunnit.

The victims and immediate eye-witnesses claim it was an executive band of thugs, who came in unmarked cars, that unleashed violence on the hospital.  The thugs apparently knew their target and zeroed in on it, in Kogi’s own version of Operation Shock and Awe.

How thugs, no matter how brazen and misguided, would deign to attack a federal hospital, in a state capital, in broad daylight, is simply bewildering; leaving not a few to conclude it was only the hand of Esau but the voice of Jacob.

Besides, is Kogi’s capital city so porous in security that armed bands, zooming all over in unmarked cars, can attack anywhere and vanish into a hole?  Kogi wonder!

Still, the Kogi government has come up with own explanation.  It claimed the raiders were provoked by the hospital staff’s indifferent attention to patients, claiming that the brewing patient-hospital tension climaxed in the ugly event. Some yarn!

In-between, Governor Yahya Bello has been speaking in tongues, after driving himself into a live-in-denial trance over COVID-19 presence in his state.  The Kogi Chief Judge just died in an Abuja, FCT isolation camp, reportedly of COVID-19 complications.  But the governor insists that isn’t true.  Well, might there be other non-COVID-19 isolation camps anywhere?

The governor even went into an executive fit, claiming the whole COVID-19 stuff was a foreign scam, being forced on people.  Again, Kogi wonder!  But don’t psychologists say a crisis forces out folks’ true essence?

Let the Kogi folks enjoy their COVID-19 rascality as they damn well please.  But when such a brazen crime is committed — as it was at FMC Lokoja — the Federal Government must move in and smoke out those criminals, no matter their local backers.  That is why the Inspector General of Police should draft in men and materiel to arrest these criminals, arraign them before the courts and obtain a conviction.

No matter anyone’s empty COVID-19 conceit, we can’t helplessly watch a medical facility become fair game for criminal gangs.  That would diminish all of us as civilized people.