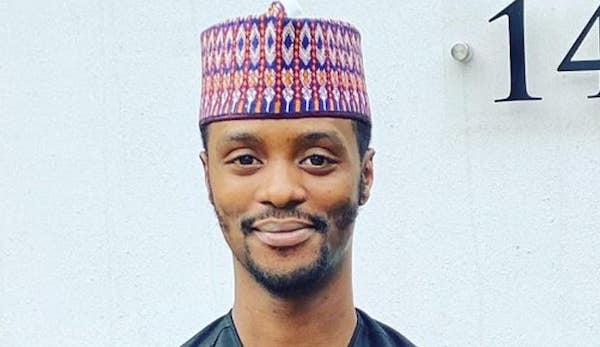 FastNews reports that when he referred to the Academic Staff Union of Universities (ASUU) as a “useless union,” Bashir, one of Kaduna State Governor Nasir El-sons, Rufai’s raised eyebrows.

ASUU declared on Monday that it will continue its six-month-old strike forever until the Federal Government complied with its demands.

The governor’s son responded by calling for the union to be abolished and to be replaced by teachers who care about pupils in a tweet.

“ASUU is a very useless union. They should be scrapped and replaced with educators that actually give a damn about students and how that translates to the future of this country,” he tweeted.

Reacting, social media users condemned his post, calling him all sorts of names. See below:

@alex_obella: “Bashir can afford to make that expression, since he hadn’t problems enjoying tax payers money through his life cycle.”

@revelationnahua: “He should be mindful of what he say…being the Kaduna governor’s son doesn’t grant you monopoly on ASUU and other citizens. if you hate speech you appear in court.”

@falowoGregory: “Indeed we have made for ourselves gods in tin-foil hats; we gave them scepters of thorns to bludgeon our senses with. How does one begin to explain why a comment from a runt become an issue of national discourse.”

@cosmopolitan40: “Mugu Bashir, I don’t blame you. What do you have to say? Nothing of importance because, you schooled over seas in one of the best University with Public funds. Malam…”

Thompson Ewedoma wrote: “He is a fool, I don’t know what gave him the audacity to comment.”

ASUU had on February 14, 2022, embarked on a 4-weekstrike to press home their unresolved demands, but extended the strike when government failed to act. As of Monday, the strike embarked by ASUU has entered 196 days

Some of the lecturers’ demands include funding for the revitalisation of public universities, payment of earned academic allowances, and adoption of the University Transparency Accountability Solution (UTAS) as a preferred payment option, instead of the Integrated Payroll and Personnel Information System (IPPIS) and payment of promotion arrears.