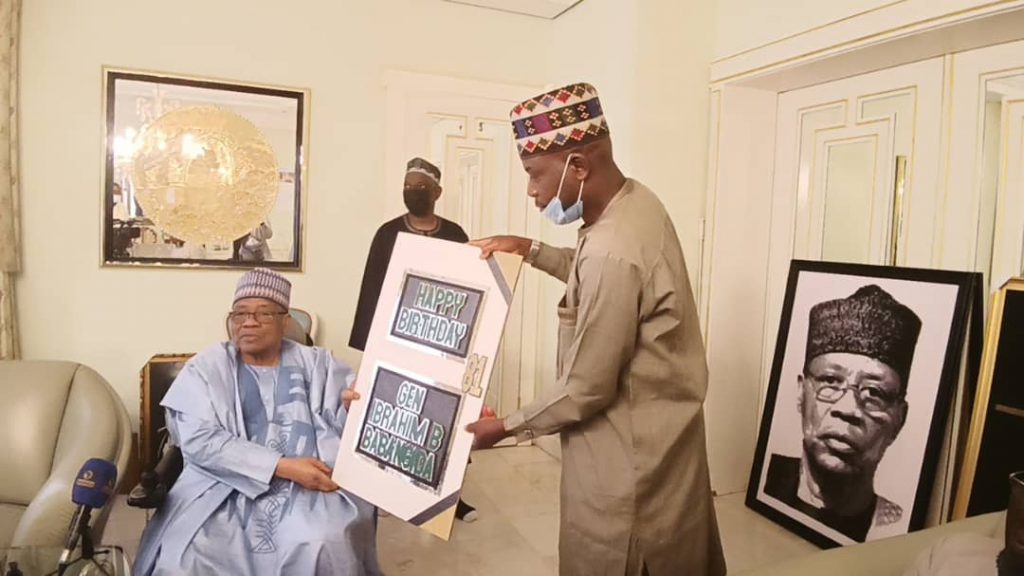 FastNews reports that General Ibrahim Badamasi Babangida, a former military leader, has pleaded with the media to disregard those who promote division and give prominence to those working to maintain peace and togetherness.

IBB revealed this when visiting with the Nigeria Union of Journalists correspondents chapel at his hilltop home in Minna.

He urged Nigerians to have patience and to pray for the country’s current problems as well as to be steadfast in their belief in its unity.

While expressing satisfaction over the role being played by the Nigerian media, he called for change of the narrative for better Nigeria by doing the right thing.

The elder statesman also commended media practitioners in the country for doing wonderful well in their reportage, analysis of issues and support for sustainable democracy which must be improved upon by carrying along the masses.

The former military president enjoined Nigerians to be hopeful, determined, faithful and prayerful for the end of the current insecurity challenges facing the nation, adding that those behind it will realize the consequences and impact of their actions.