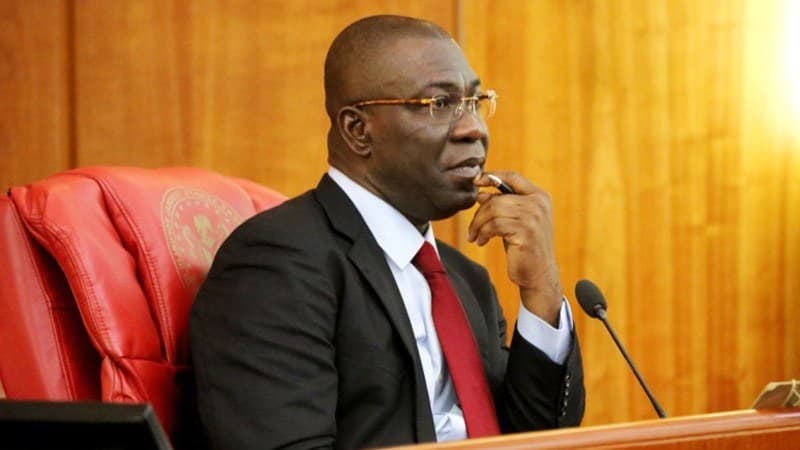 FastNews reports that following his arrest in connection with organ harvesting in the United Kingdom, Ike Ekweremadu, a former deputy senate president, has made headlines on numerous media outlets.

Recent events would indicate that the politician from Enugu is still getting himself what many people would almost certainly consider unfavorable press.

Today, Ekweremadu alongside his wife, Beatrice, were arrested in London.

According to the Metropolitan Police, they were arrested and charged with bringing a child to the UK for organ harvesting.

The child, whose identity was not disclosed, is reportedly with the Metropolitan Police, while the Nigerian lawmaker and his wife are currently in custody. They were denied bail when brought before Uxbridge Magistrates’ Court and the case adjourned to July 7.

In 2019, Ekweremadu was physically attacked by a mob while attending a cultural event in Germany.

Ekweremadu, who confirmed the attack in a statement, said the attackers were members of the Indigenous People of Biafra (IPOB), a South-East secessionist group.

A video of the attack was widely circulated on social media. In the video, a mob attacked Ekweremadu as he attempted to enter the venue of the event in Nuremberg, Germany.

In the one-minute video, the mob chanted ‘go back’ while trying to deny Mr Ekweremadu entry.

In 2016 when he was the Deputy Senate President, Ekweremadu was tried before an FCT high court for allegedly forging the Senate Standing Rules 2015.

He pleaded not guilty to the two counts of criminal conspiracy and forgery when the charges were read to him before Justice Yusuf Haliru.

In 2015, an investigation by PREMIUM TIMES revealed how Nigerian federal lawmakers, led by Ekweremadu, allegedly withdrew N7.75 billion of public funds in four years to purportedly review sections of the 1999 Constitution.

In the investigation lasting months, the newspaper found that between 2011 and 2015, the then 53-member House of Representatives Ad-hoc Constitution Review Committee and its 49-member counterpart in the Senate in the 7th National Assembly withdrew N3,250,000,000.00 and N4,500,000,000.00 respectively to purportedly execute the fourth alteration of the Constitution.