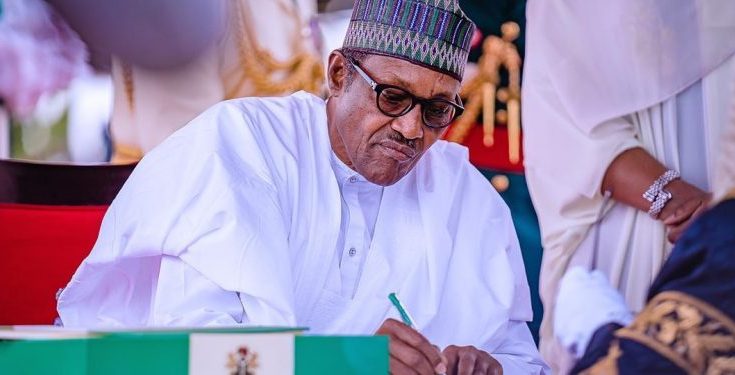 FastNews reports that President Muhammadu Buhari has sent an executive communication to the senate with a list of six nominations for the replacement of ministers who resigned to run for the Presidential election.

Recall that Buhari prior to the APC primary election issued a directive to all appointees contesting the Presidential election to resign.

While some ministers withdrew from the presidential race others like Rotimi Amaechi, Godswill Akpabio, Ogbonnaya Onu, and others resigned.

In the letter sent to the Senate President Ahmed Lawan on Tuesday, Buhari said the nominees would replace the former ministers that resigned from his cabinet.

The letter read: “In accordance with Section 8 Subsection 2 of the Constitution of the Federal Republic of Nigeria as amended, I hereby forward the under-listed ministerial nominees for your confirmation.”