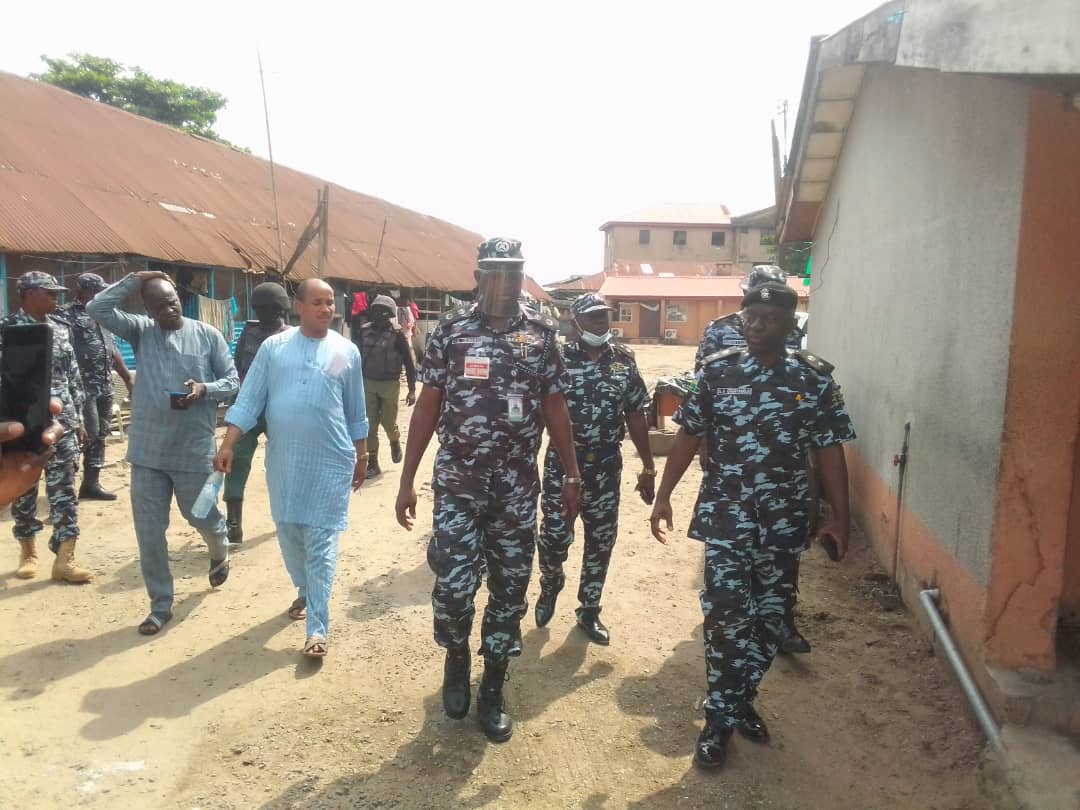 The Commissioner of Police, Lagos State Command, CP Hakeem Odumosu, today Sunday 1st November, 2020, visited some police formations and vehicles that were burnt by the hoodlums during the recent EndSARS unrest in the State.

The inspection was initiated to embark on on-the-spot assessment and having first hand information about the burnt stations/formations and vehicles, both official and personal, across the state; and put in place strategies of returning policemen to the affected stations for routine police duties with a view to providing adequate security for lives and property of the people in the communities where the hoodlums wrecked havocs.

The Commissioner of Police reiterated that despite the trauma and challenges the policemen in the command experienced, the police will leave no stone unturned in maintaining law and order and projecting public safety within the state, particularly, during the ember months which is usually characterized by security challenges.

During the tour of inspection, CP Hakeem Odumosu ordered that the Divisional Police Officers and men attached to the burnt stations return back to their duties since the government as well as some concerned communities have provided temporary office accommodations pending the general reconstruction of the burnt stations across the state. He said “wherever there is temporarily office accommodation, take over and continue your duties”.

The Police Chief, emphatically, reassured the general public of adequate visibility policing and regular patrols across the length and breadth of Lagos State to curtail any security challenges in the state. Similarly, the Commissioner of Police encouraged members of the public to relate with the police and support them to discharge thier duties as expected.