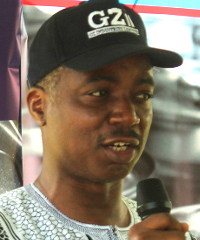 ‘Things are really happening in Lagos’. If half of what we hear is anything to go by. Then, the common saying, ‘I think Lafe can do it, I trust him’, said to have been made popular over the years by former Lagos Governor, Babatunde Raji Fashola, when any major developmental contract comes up in Lagos Council Meetings. Affirmed the common knowledge that , Dr Tunji Olowolafe, the brilliant investor and leader in public-private partnership infrastructure projects, is Lagos biggest contractor.

It however cannot be far from the truth, as his consortium of companies, like Deux Project Limited, Lekki Concession Company and Eko Light Rail has gone home with the ‘juiciest’, contracts of the almost 8years administration of the Governor. Despite the perception that Governor Fashola, is one of the best Governor’s in his time, owing to visible developments in Lagos. Many still asked the critical question, ‘ at what cost’? In the videos buzzing the web at the moment, there are revelations of the grand heist allegedly perpetrated by the Governor, his ‘godfather’ and National leader of the APC , Asiwaju Bola Ahmed Tinubu and his cronies, on Lagos treasury. Most of which The Governor was accused to have committed through his friend and favourite contractor, Olowolafe ,popularly known as ‘Dr Lafe’,in the Lagos power chamber. www.urbanlifeng.com gather that most of the contracts the Governor awarded to himself, are done using Deux Project, a proxy company. We learnt between January and August 2009, 11 out of 19 contracts in the Lagos state ministry of health were awarded to Olowolafe, the multi-billion naira project was backed by 70percent up front payment. Most of these revelations we gathered. Initially, it filtered out in 2010, when Lagos Assembly were plotting the impeachment of Governor Fashola, at the heat of his cold war with Asiwaju Bola Tinubu. It circulated then and even through the new video, that the Governor misappropriated Lagos State tax payers funds in 2008, when he used a whooping 1.5billion to demolish the Bank of Industry Building on the Lagos Island, with the involvement of ‘Lafe’. A 1000 hectares of land valued at about 75billion, located in Lakowe near Abijo at Ibeju Lekki, was said to have been given to Lafe’s Lekki Concession Company, and now being developed to Golf Course and Housings Estates, by Assets and Resources Management Ltd and ADIVA Projects. Another is the road and drainage in Gbagada General Hospital, said to be built for close to 2billion by the usual Deux Project. Another is the Mayegun Scheme alleged to be sold to Olowolafe and cronies, against public interest and without independent valuation, after the real size of the scheme is shielded in secrecy. Today, we hear the billions made from the sale has not been accounted for, while the loan used on the initial development, has become a burden on the State.