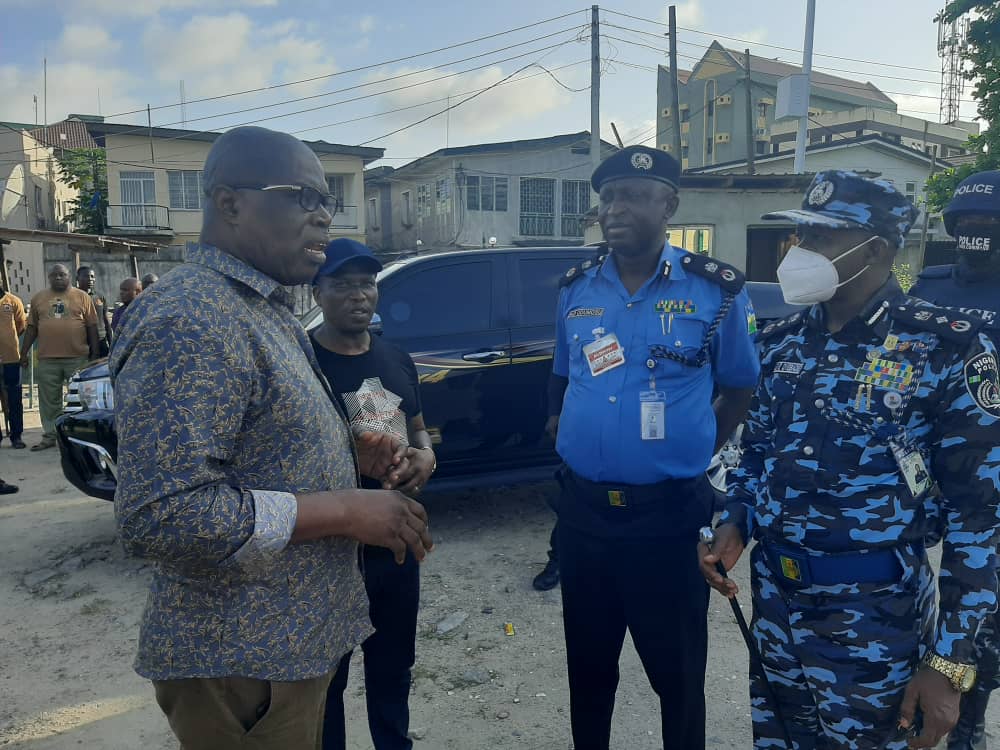 The Deputy Inspector-General of Police, Research and Planning, DIG Leye Oyebade, and CP Lagos State, CP Hakeem Odumosu, today moved round some volatile areas within the state to clear the obstructions on major roads in order to create access for motorists and other road users, especially those one essential services.

In the same vein, the police chiefs visited some strategic places particularly the attacked Nigerian Correctional Custodial Centre, Ikoyi, which was partly set on fire today by the hoodlums, to assess the extent of damage and fortify the security of the centre to prevent jail break.

The areas where the police chiefs cleared barricades include Falomo Round About, Sura-Adeniji and Ilubinrin end of the Third Mainland Bridge, Iyana Oworo and Gbagada end of Ikorodu Expressway, Oju Elegba (Surulere) and Apongbon Bridge, in the Lagos Island.

The Commissioner of Police, Lagos State, who appreciated the DIG Research and Planning, Leye Oyebade, for his sterling leadership qualities and efforts in making sure that normalcy is restored to Lagos, condemned continuous attacks on police stations and public facilities, as Ikotun Police Station was set ablaze today, Thursday, 22nd October, 2020 by the hoodlums; and warned that the command will neutralise any moves that can jeopardise security architecture vis-a-vis maintenance of law and order in Lagos State.

CP Hakeem Odumosu further charged police officers and other security agents to be resolute in protection of lives and property and restoration of peace and public safety in the state.