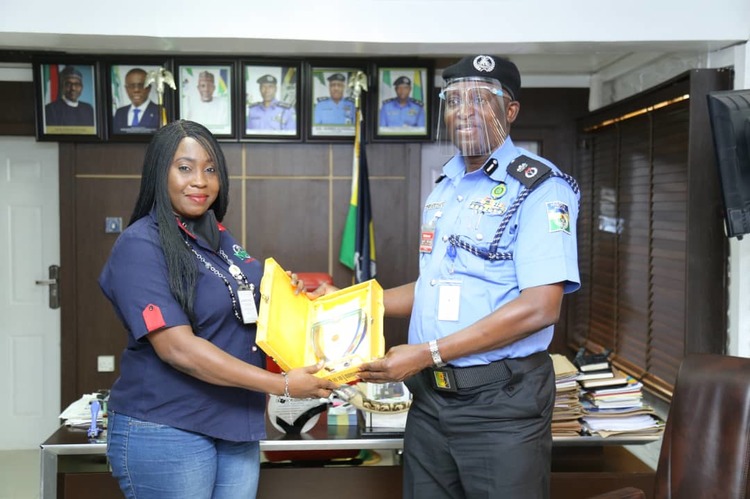 Lagos Police Commissioner, Hakeem Odumosu, has announced his Command’s preparedness to partner National Identity Management Commission,NIMC ,to boost forensic investigation.
Odumosu made the disclosure on September 24 when Funmi Opesanwo, NIMC Regional Coordinator paid him a courtesy visit.
In a statement issued by the Command’s spokesman, Superintendent Olumuyiwa Adejobi, Commissioner Odumosu confirmed his readiness to work with the National Identity Management Commission,NIMC in capturing the biometrics of Lagosians and Nigerians. The essence, he said, is to boost forensic investigation and curb crimes in the state.
According to Adejobi “Commissioner Odumosu instantly swung into action and directed the Deputy Commissioner of Police, Department of Finance and Administration, DCP Oqua Etim, to instruct all police personnel within the state, who have not been captured by the commission, to do so immediately; and an office within the State Headquarters Ikeja , be set aside for the Commission to commence the exercise as soon as possible.”
He further emphasized on the importance of biometric and database management to prevention and detection of crimes, proper identification of residents, and having accurate population of Lagos State and Nigeria at large.
While reacting, the Regional Coordinator, Funmi Opesanwo, who was accompanied by the Lagos West State Coordinator, Mr Olumide Aremu, head of Administration, Mrs Ajibola Odedeji and others, seized the opportunity to enlighten the police and Lagosians on the importance of biometric capturing management to security of lives and property, Nigeria’s safety, good governance and international reputation.
She charged Lagos residents to make themselves available for the capturing, which is absolutely free, across the state, as such will avail them the grace of having their National Identity Cards and numbers, NIN.