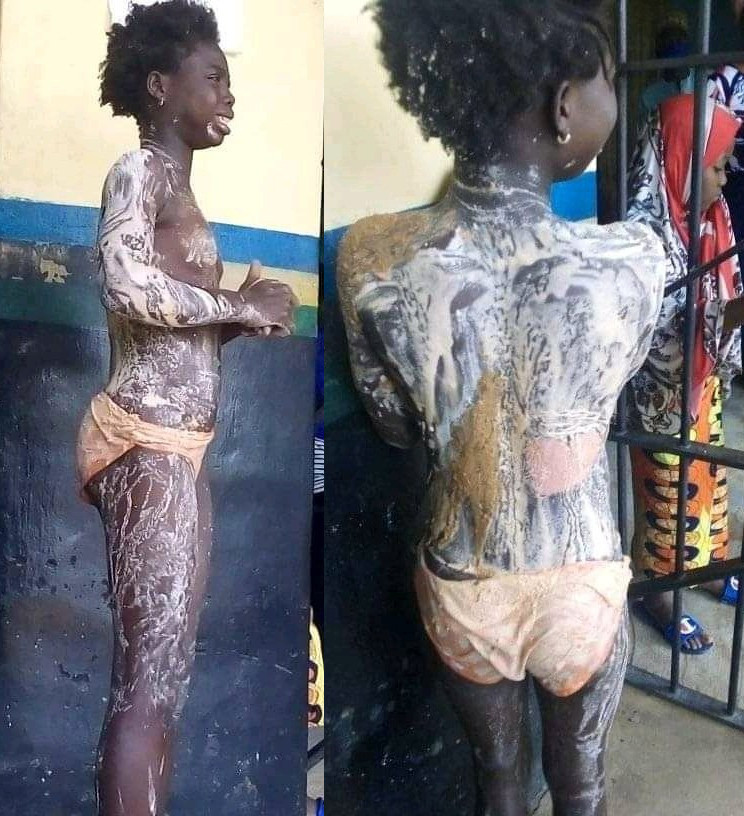 The aunt who poured hot water on her niece in Kogi state has been arrested after she absconded following the act.

On Thursday, July 9, photos of a girl crying after her aunt burnt her skin with hot water in Lokoja angered Nigerians. It was revealed then that the aunt was nowhere to be found (read here).

The aunt has now been captured and is currently in police custody.

According to the Twitter user who made the child abuse case go viral, neighbours said the aunt has always abused the girl.