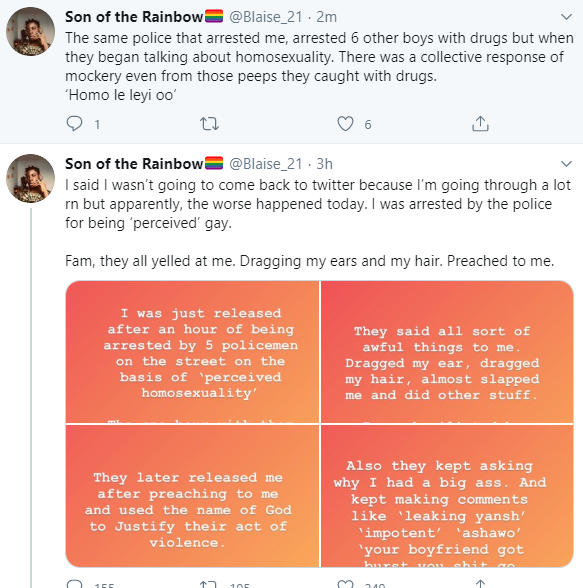 A Twitter user has alleged that he was assaulted and mocked by policemen for his “perceived homosexuality”.

The LGBTQ activist said he was arrested today by police and they yelled at him, dragged his ears and hair, preached to him, and then mocked him because he looked gay and had beads on his ankle.

He added that they arrested 6 other boys with drugs but they didn’t harass the boys the way they harassed him, despite the fact that the boys were caught with drugs. He said the boys even joined the police to mock and call him “homo”.

He stated that the police also called him “ashawo” and told him that his butt must be leaking.

See his tweets below.