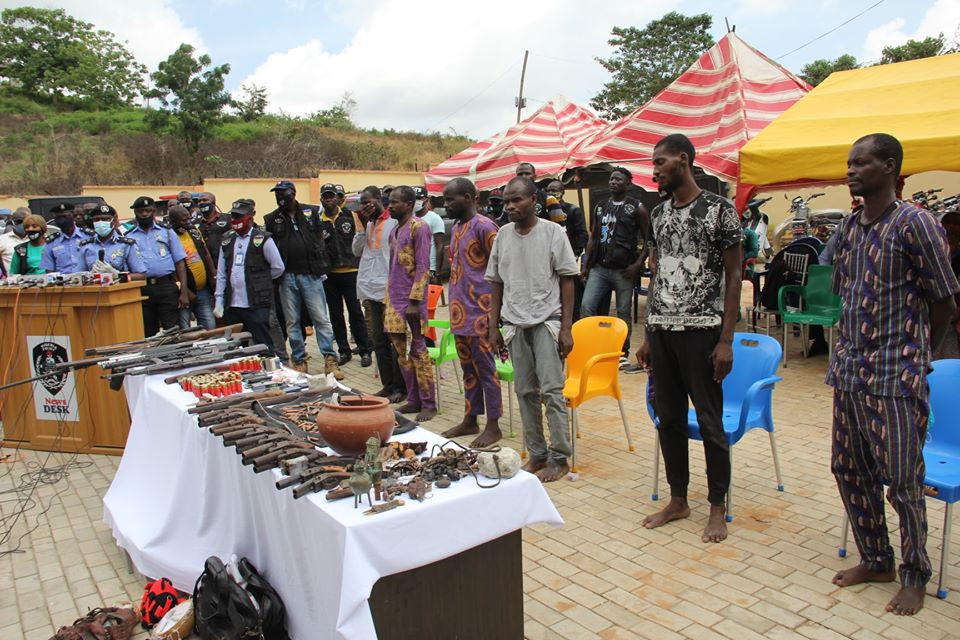 Police operatives attached to the Special Tactical Squad have arrested a 7-man criminal gang that attacked and robbed three commercial banks in the South-West States of Ondo and Ekiti between 2019 and 2020, killed innocent citizens including six (6) policemen and carted away several millions of naira.

Similarly, they were also involved in the robbery of a Microfinance Bank in Idanre, Ondo State in December, 2019 and a commercial bank at Oye Ekiti, Ekiti State where two policemen lost their lives.

Police say efforts are being intensified to arrest other members of the gang still at large and to recover other sophisticated weapons used in the operations.

In a related development, twenty-three (23) other suspects were also arrested by the Police operatives for their involvement in various crimes including armed robbery, kidnapping, illegal possession of prohibited firearms, car snatching at gunpoint, amongst other offences.

Mva says all the suspects will be charged to court on conclusion of investigations.