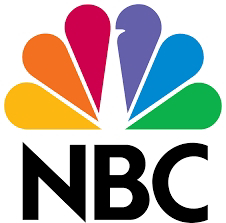 By Simbiat Atinuke Akinola
The fact of the release of amendments to the National Broadcast Code by the new National Broadcasting Commission is no longer news. The NBC, in the 6th Code, stated that the amendments were made to maintain and promote healthy competition among broadcast services and ensure there is no misuse of monopoly in the absence of competition.

Looking at the code as a whole body of subsidiary legislation, I believe it has many well thought out aspects and will certainly, encourage the production/promotion of local content and create employment opportunities aplenty.
For example, Section 3.18.3 of the code, which addresses the issue of copyright states: “The broadcaster shall obtain the appropriate license from the owner or exclusive licenses sufficient to authorize the use contemplated and shall pay all applicable license fees and /or exclusive licensee of the copyright.”

Copyright administration in Nigeria, everybody knows, is akin to a joke. Even the NBC is aware that most content providers hardly get proceeds for any content originally created, largely because of lack of digital monitoring of the use of such content or facility to flag down unsolicited or illegal use of such work.
There is also a huge lack of professionalism in the broadcast circles among practitioners, who just download content for reuse without recourse or credit to the content creator. Hardly does anyone seek permission before the use of such content.
The new code, in this aspect, looks well considered and has highlighted loopholes in the current scheme of things in the industry, especially payment of royalties.
That is where the feelgood factor ends. In the same aspect, there are grey areas. For instance, the NBC, which recognizes the right to ownership of content, has gone ahead in other sections of the code to strip the broadcaster of the ownership rights to own its content, seeks to legislate who to share content with and going ahead, somewhat drunkenly, to claim the power to determine the scale of royalties payable to content owners-for their content!
This comes across as hypocritical and totally contradictory. These are directives in the code that calls for urgent attention and monitoring before they come into effect.  This has been pointed out by prominent figures in the creative space. The latest among such interventions is that ofNobel laureate, Professor Wole Soyinka. In a short article that circulated on Tuesday, Soyinka said the code is a declaration of “war against the Arts and producers of art works”. “I think it is about time the government comes out openly and admit that it has declared war against the Arts and its producers, instead of its present tactics of piecemeal attrition,” he wrote. He noted that Nigerian authors are just beginning to get a reprieve from the action of Ministry of Youth Development and Sports, which teamed up with book pirates to provide a free-loading portal for the works of Nigerian authors.
Soyinka described the new broadcast code as a “regulatory hit against the cinema and video enterprise, and its operators.” I agree with the description and his characterisation of the code as backhanded censorship. Reading him also made me happy that he views the code as an act of economic sabotage. Since the conversations around the code began, I have also followed Chris Ihidero, a man Soyinka referenced. I recommend his article, Why Does NBC Want to Kill Local Content in Nigeria?  to everyone keen on seeing the broadcast industry survive and thrive.
The NBC needs to be told that industry reforms should be holistic and must include stakeholders’ input. Going into a coven with members of a mutual admiration society and re-emerging with amendments meant for all is unacceptable.