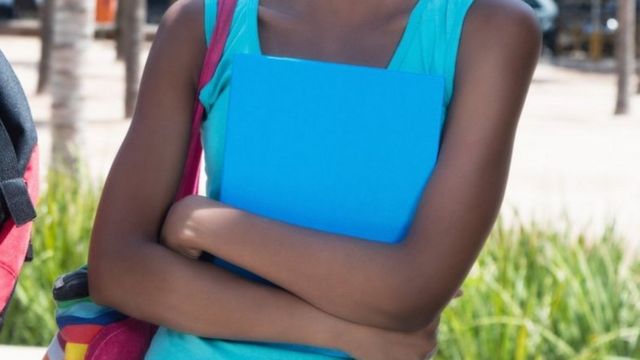 Police operatives from Ipaja Division led by the DPO, CSP Tokunbo Aboniwonda, have rescued a 14-year old girl, whose father had turned to a sex slave for the past two years in Lagos.

P.M.EXPRESS reports that the victim was seen on Oluide Street, Post office area of Ipaja, crying and refusing to go home late in the evening complaining that her father, a 39-year old Moses Effiong, had turned her into a sex toy.

The embittered girl told the residents that her father got married to her mother, who she does not know her whereabouts and abandoned her with him.
She said when she became 12, her father defiled her and she lost her virginity. Since then she has allegedly been sleeping with her despite the fact that he got married to another wife, who is her stepmother.

The girl said that her situation became worse when she told her stepmother and her grandmother what her father was doing to her; they warned her not to tell anybody that her father was sleeping with her.The little girl has found herself in that situation for two years now before she moved out and decided to sleep on the street in order to avoid the sexual molestation from her father who hails from Akwa Ibom State.

When P.M.EXPRESS correspondent visited Ipaja Police Division, the DPO was said to have gone out for routine monitoring in the area. However, sources at the Station said that the matter has been transferred to the Gender Section of the Police Command, Ikeja, Lagos, for further investigation.

It was gathered that the stepmother and grandmother, who the girl reported what was happening to, were said to be putting pressure on the girl to change her statement but she refused insisting that her father had caused her trauma and serious damage.

The residents, who spoke to P.M.EXPRESS, expressed shock over the matter and wonder how her father, Effiong, who is a known motorcycle operator in the area, would do such abominable thing.

The girl’s father, Effiong, may spend several years in prison if he is tried and found guilty before the Court for the alleged defilement and may equally face banishment in his Community.