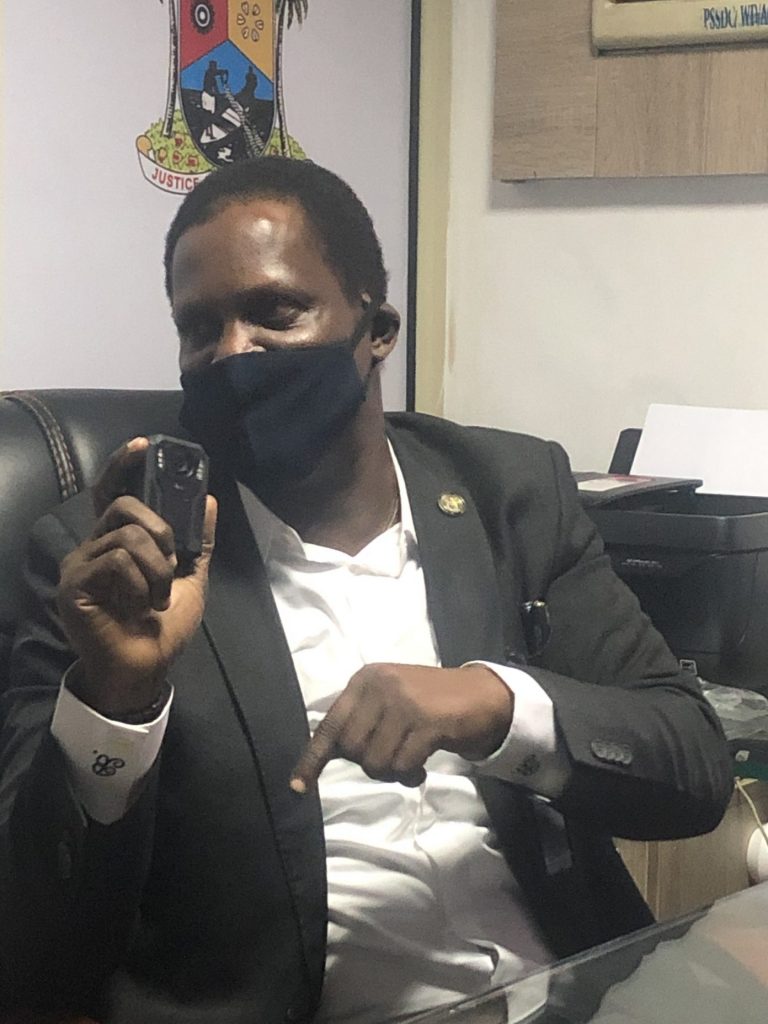 Head of Law Enforcement Training Institute, Prince Falade Oyekan has said that the agency under his leadership is out to properly train the various Law enforcement agencies in Lagos State and make them professional through and through.

Oyekan said this today whilst fielding questions from the national executive of the National Association of Online Security Reporters(NAOSRE) when the association paid him a courtesy visit at his Magodo office.

Speaking further, Prince Oyekan shed more light on the activities of the agency which has the mandate to train Lagos State-owned law enforcement agencies like LASTMA,KAI,LAGESC, Lagos Neighborhood Watch,Central Business District (CBD) and a host of others.

Oyekan says the main thrust of the agency is to invariably ensure peace and utmost security in the country’s commercial nerve-centre, Lagos. And that’s why he introduced usage of ‘body worn-camera’ for Lagos law enforcement operatives in order to simplify its operations, make the agency 21st century-compliant and for safety of operatives.

Speaking further about rebranding of LETI, Oyekan used the media parley to intimate the public that the agency is now repositioned and is now truly world-class by all standards; he is poised to sustain the standards he’s put in place since he assumed office.

He says he’s following a well thought-out road map that will ultimately guarantee a well-trained Lagos State law enforcement operatives so Lagosians can live peacefully and be responsible citizens of the state.