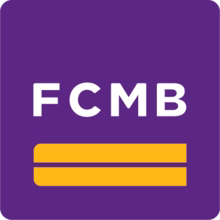 FCMB Pensions has since grown its assets under management (AUM) to N325 billion with 350,000 customers as at March, this year, while that of AIICO Pensions is estimated at N126 billion with over 240,000.

A combined AUM of N451 billion and almost 600,000 customers will take the entire Group’s customer base to 8,000,000 and its total AUM (inclusive of investment management) to over N560 billion.In addition, the enlarged pension business will benefit from FCMB’s extensive distribution platform, comprising 205 branches, a strong web and mobile presence; and the recen launch of its Pensions’ online enrollment platform.
Analysts have expressed positive views of its impact for FCMB Pensions and FCMB Group. One investment banking analyst described it as, “a positive move and a statement of intent from FCMB’s management to leverage its non-banking businesses to drive profitability”.Another described this as a “landmark transaction giving a mid-tier player a great opportunity to bulk up”.

He added: “We believe the combined entity will be better positioned for stronger organic AUM growth and fee income contribution to the Group’s performance.”FCMB Pensions Chairman, Ladi Balogun, said: “The business intends to use its scale to positive effect towards investing in the growth of the economy, while ensuring safety and the most competitive returns for its customers.”
Last year, FCMB Group increased its stake in Legacy Pensions (now FCMB Pensions) to 91.6 per cent