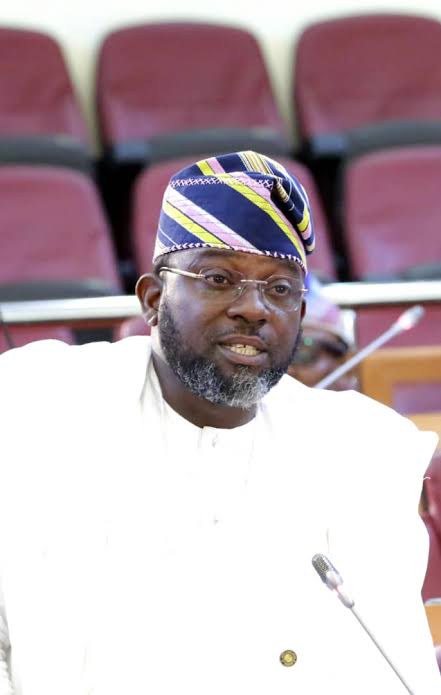 The resident and traders along the Iju Ogundimu/ Ajuwon Road applauds the efforts of Hon Adewale Temitope Adedeji for his timely and responsive action in facilitating the dredging of the canal and it’s expansion in other to forestall the perennial overflowing and flooding of the area.

The Babaloja of Iju Ogundimu market was full of praises this morning,noting that in the past 20yrs, this is the first time the canal is been dredged in such a way that, the river does not over flow it’s bound despite the continuous rain since early Saturday morning till evening.
His claims was further butress by the Iyaloja of the same market who was full of praises and dancing to appreciate the goodwill of Hon.Temitope. She exclaimed in her words, “we have never had it this good. It shows that honourable Temitope has the interest of every of his constituent in mind”.
Another constituent, Mr Suraju Alao express his satisfaction for the efforts the Hon Temitope is put in that axis as regards to the resurfacing and asphalting of the road from Elliot to Ajuwon, the dredging of the canal which he said, would have overflowed to the bridge if not for his efforts ,and for his social welfare package to the members of Ifako Ijaiye constituency 01.
The people also thanked the Executive Governor of Lagos,Mr Babajide Sanwo Olu and his Deputy, Dr Obafemi Hamzat for their efforts and deliberate decision to ensure the improvement of Infrastructure and development of every strata of the state. They also appreciate the commissioner for Environment, Mr Tunji Bello For having a listening ear and attending to our environmental need urgently.
You will recall that, Hon. Temitope recently facilitated the dredging of canal stretching from Ajuwon/Iju Ogundimu, Modupe, Abiola/ Onijemo canals.

Meanwhile the beneficiaries of Hon Temitope free Jamb form also gathered at the constituency office today to present their their jamb result in appreciation of Honourable’s magnanimity and support towards their education. The student in one voice thanked ATA while they used the opportunity to seek for his assistance in getting admission into higher institutions of their choice in Lagos.
The student were also treated to a course advisory session where they were exposed to the ways of preparing for their admission, counselling and change of courses procedure