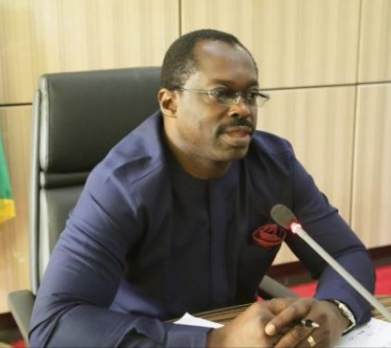 The Nigeria Social Insurance Trust Fund (NSITF) says its management remains operational, despite being suspended by Chris Ngige, minister of labour and employment.

Deputy Director, Press and Public Relations, Charles Akpan made the announcement in Abuja on Thursday, July 2.

In a letter dated July 1, 2020 and addressed to Adebayo Somefun, Ngige said President Muhammadu Buhari had approved the suspension of the management Somefun heads over “misappropriation and other gross misconduct”.

Somefun was instructed to hand over to the most senior official in the board, and face a panel that would investigate procurement dealings of the agency from 2017 to 2020.

Reacting in a statement on Thursday, NSITF said the president has not given such a directive.

The statement reads: “We wish to state that President Muhammadu Buhari has not suspended the management of NSITF and has not made any such announcement, anywhere.

“For clarity, we received a letter from the Hon Minister of Labour and Employment, Sen Chris Ngige, stating that he is carrying out a procurement audit of NSITF, and that Management is suspended.

“We had noted that the Minister’s action is against President Buhari’s directive, through the Secretary to the Government of the Federations that no minister should suspend, or purport to sack any head of agency appointed by the president.

“The memo stressed that ministers should follow laid down procedures, by going through the governing board of the agencies, to make recommendations to the SGF, ahead of any action, if necessary.

“We respect the president’s commitment to due process, and are assured we shall be protected by it. Meanwhile, the NSITF management remains open to any form of investigation by the appropriate agencies, as it has nothing to hide.”

NSITF said it had received many letters and petitions from the minister and that it would make communication available to the public and relevant authorities, if necessary.

It added that the “management of NSITF is still discharging its duties, as appointed by Mr President, and we ask all stakeholders to remain calm and focus, as all is well.”