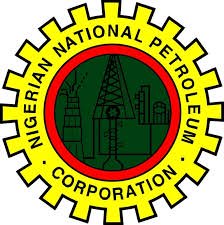 OFFICIALS of the Lagos Fire Service and the Nigerian National Petroleum Corporation (NNPC) have deployed to the location of a ruptured petroleum pipeline in the Ayobo area of the state to prevent a fire outbreak.

This was disclosed by the Acting Head, Lagos State Fire & Rescue Service, Mrs Margaret Adeseye while addressing journalists in her office.

According to her the agency was alerted to a burst NNPC pipeline conveying petrol at Ipaja at about 0904hrs and men of the Abesan Fire Station were immediately mobilised to avert any danger in the area as a result of the incident.

The NNPC has also calmed nerves, saying the burst pipe posed no danger whatsoever because it has been shut and now contains only water.

The corporation, in a release by its Group General Manager, Group Public Affairs Division, Dr. Kennie Obateru, explained that the Atlas Cove-Mosimi stretch of the System 2B Pipeline was shut down on June 25, 2020, to enable comprehensive maintenance of some segments of the pipeline.