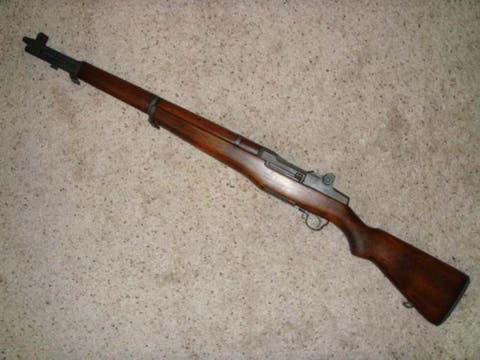 A palm-wine tapper, Daniel Qudus Tuesday narrated how fear of Fulani herders in the South West zone made him shoot his 12-year-old son in error.

Though the boy escaped death by the whiskers, he was seriously injured.

According to the suspect who was paraded by the Oyo State police command, he wanted to fortify his son and this led him to a herbalist who gave him a charm that was supposed to act as local bulletproof.

While speaking in Ibadan, he said, his boy usually came late from farm and to protect him from Fulani herders’ attack, he decided to make the charm.

But, the move went awry as the charm failed when a friend of his was employed to shoot his son so as to test the efficacy of the gun charm.

While narrating further the incident that happened at Olorunda in Lagelu area of Ibadan, Oyo state capital, he said, “I went to this man that I needed a gun charm. He demanded N1,000 but because we are friends I later gave him N500. He gave me the charm and asked me to test it when I got home.”

“I then asked my friend, Akinyemi Akinlolu to help me test the charm on my son. I provided a gun, charm, and other logistics. He shot my son and he was almost killed.”

”I actually took the steps to protect my son from some suspected Fulani herders who usually terrorize our area because my son comes back home late. So, I wanted to protect him from being killed by the Fulani”.

His friend, Akinyemi who said he was a hunter noted that he was consulted to do another charm for the man which he consented to but was amazed when the father of the boy brought him to his house to remove bullet from his body.

“On 23 of this month, I went out with one of my friends and I saw this my brother around 8am. Though he had told me to do charm for him before, he didn’t have money.”

“That day, he gave me N500 for the work so that I could use it to buy materials which I did for him. The charm was meant for his business to thrive not for gun.”

“I was surprised when he later came to my house with the wounded son telling me that I should help him to remove bullet from the body of his boy. I ignored him because I am not a doctor,” he said.

The commissioner of Police, Mr Nwachukwu Enwonwu said all the suspects would be charged to court soon.