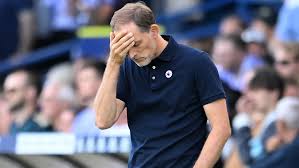 Thomas Tuchel has been fired by Chelsea after a shocking Champions League loss to Dinamo Zagreb.

With 10 points after a poor start to the season, the team is sixth in the Premier League, three points ahead of Newcastle United in 11th.

The daring move to fire 49-year-old Tuchel, who won the Champions League with the team the season before last, was made by Chelsea’s new owners Todd Boehly and Behdad Eghbali. The post at Stamford Bridge has been linked to both Graham Potter, the head coach of Brighton and Hove Albion, and out-of-work Mauricio Pochettino.

A Chelsea statement read: “On behalf of everyone at Chelsea, the club would like to place on record their gratitude to Thomas and his staff for all their efforts during their time with the club. The new owners believe it is the right time to make this transition.”