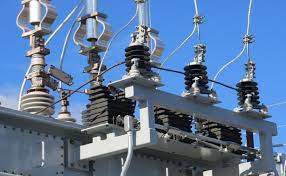 FastNews reports that Nigerian power workers have committed to ensure quick supply restoration after going on strike in protest of unfair labor practices, which resulted in a blackout in some parts of the country.

“Dr Ngige set up a tripartite committee to look into the grievances of electricity workers towards addressing them.

“At the end of the meeting, the Secretary General of NUEE, Joe Ajaero, assured the Minister that all necessary steps would be taken to restore the supply of electricity to the country immediately.”

Corroborating with the Labour Minister’s statement, President General of the of Association of Senior Staff of Electricity and Allied Workers, Comrade Chika Ben,  said; “I thank you Honorable Minister of Labour and Minister of State for Power for their maturity in handling the issues we brought up.

“The issues could have been tackled earlier on if there were the right communication with all parties. We have been given two weeks and we will report back to the full house.

“We assure the nation that such a crisis as this will be nipped in the bud before it escalate. Yes, Nigerians are going to have light today.”