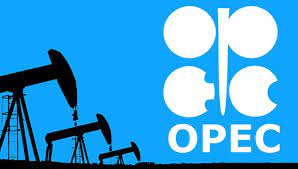 FastNews reports that according to information released on Thursday by the Organization of Petroleum Exporting Countries, Nigeria’s crude oil production fell by 2.3 million barrels in July 2022 compared to June.

According to OPEC’s most recent Monthly Oil Market Report for August 2022, direct communication data on crude oil production showed that Nigeria’s output decreased by an average of 74,000 barrels per day in July.

This implies that for the 31 days in July, the country lost about 2.3 million barrels of crude oil. The organisation further stated that the average cost of Brent crude, the global benchmark for oil, during the month under review was $105.12/barrel.

The country had produced 1.024 million barrels per day in May this year, according to figures released by OPEC on Thursday.

The Federal Government, operators and experts have consistently fingered crude oil theft in the Niger Delta as the major reason for Nigeria’s poor output and its continued failure to meet the monthly oil production quota approved by OPEC.

The Chief Executive Officer, Centre for the Promotion of Private Enterprise, Dr. Muda Yusuf, blamed the challenges in the oil sector on the high level of insecurity across the country.

This, he said, had continued to discourage investors in the sector, leading to lower production of crude oil and lower earnings for Nigeria despite the increased cost of crude.

He said, “Investors in the oil and gas sector continue to lament the challenges posed by insecurity, oil theft, unstable policies and inappropriate fiscal regimes.

“The downstream sector has continued to be weighed down by the pricing regimes and the regulatory environments which have continued to dim the growth prospects in the sector.”

Meanwhile OPEC stated that crude oil prices dipped in July, as against their costs in June, adding that crude in OPEC Reference Basket fell by $9.17 or 7.8 per cent month-on-month in July to average $108.55/barrel.