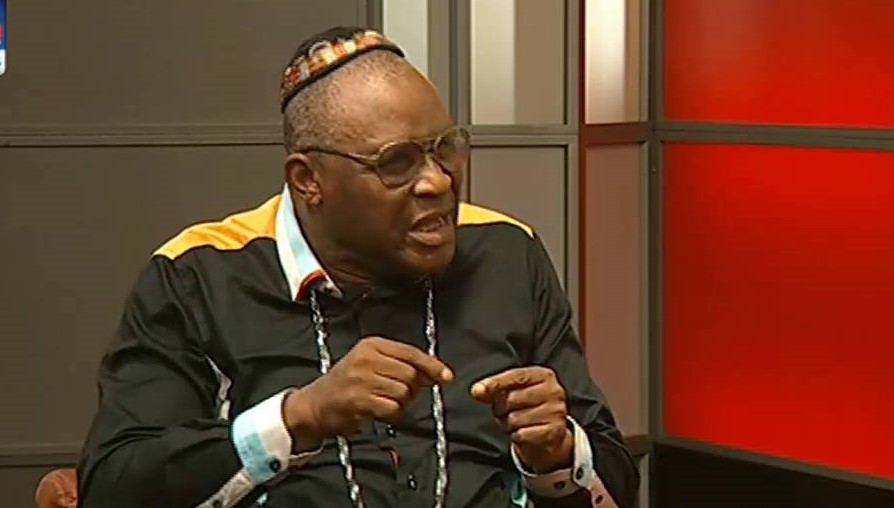 FastNews reports that Bishop Kayode Williams, a fiery cleric and the national coordinator of Integrity Ministers International Ministries, has criticized the position taken by the Christian Association of Nigeria (CAN) leadership regarding the Muslim-Muslim ticket of the All Progressives Congress (APC).

Williams argued that there was nothing improper with Bola Tinubu, the APC’s nominee for president, choosing a Muslim as his running mate for the 2023 election.

The cleric insisted that not all Christians agreed with the CAN leadership’s stance on the Muslim-Muslim ticket controversy.
Williams, in an interview with The News Nigeria, stated that his ministry will be “Supporting Tinubu, and we are going to work and pray hard because it is a directive from God.”

He said: “If you look at Bola Ahmed Tinubu, if you look at his antecedents you will know that he’s a man who always studies very hard. Before he makes decisions and even when he starts because we are following him.

“But God has decided to ask us that His candidate from heaven to earth is Tinubu and that we as Integrity Ministers International Ministry should support him and collaborate with him, so we are all round moving with him to know the steps he’s taking.

“So when he got to the issue of a Muslim-Muslim ticket, Bola Ahmed Tinubu did not just jump into it. As a strategist, he asked somebody to hold on for him until he was able to consult widely, looking at the implications and consequences that will follow if he chooses the wrong vice president. At the end of the day, he came up to tell the nation that he was ready, that he is settling for a Muslim like himself: Kassim Shettima.

“Immediately there was uproar as citizens started reacting even gentlemen of the press were probing the funniest and of it, all is the religious body led by the Christian Association of Nigeria a highly respected body of Christendom in Nigeria.

“And they were also trying to make sure that they do it; that look you have to think well, which is not bad advice.

“But the greatest insult to Nigerians is that CAN categorically said Christians must not vote for anybody that picked a Muslim-Muslim ticket. Is that from God? Is that not too emotional? Does that not make them look like they have sympathy for other parties? I do not think that is the duty of CAN. Of course, CAN is seen as an umbrella body of Christians but it is not all Christians that are members of CAN.

“It is an association and with all due respect to the leaders whom I know and respect. But I do not believe that it must have been from God because the belief is we Christian leaders decided in our meeting that no Christian should vote, they did not tell us that God has spoken to them. Where did they hold the meeting? Did they carry all the 36 states Chairmen of CAN along?

“Did they make sure that all churches in Nigeria were involved in the decision or they’re just forcing everybody and coercing all? I think the propaganda they are now raising has even gone to the level that when the presidential candidate brought out his nominee as vice president and they said that they saw some people that looked like marabouts, they look like mechanics they are unknown.”