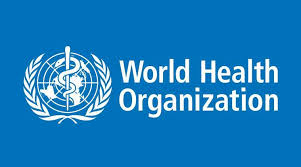 Given the rise in monkeypox cases in many countries, the World Health Organization (WHO) recently issued a recommendation regarding sexual behavior for those most at risk. The Nigerian Centre for Disease Control (NCDC) has clarified that the recommendation does not apply to Nigerians.

The Director General of NCDC, Dr Ifedayo Adetifa, who clarified this in a chat with Sunday Vanguard, said the recommendation was specifically for a group of men associated with the “MPX outbreak in other parts of the world, that is, men who have sexual contact with multiple other men.”

He said no case in Nigeria has been traced to such a group in Nigeria.

According to WHO figures on Wednesday, some 98 per cent of the reported cases involved men who have sexual contact with other men.

“The WHO asked this group to, for the moment, reduce the number of sexual partners, reconsider sex with new partners, and exchange contact details with any new partners to enable follow-up if needed,” the global body said. Adetifa explained that the monkeypox situation in the country remains the same and is not linked to men having sex with men.

“The MPX situation in the country is unchanged at the moment and is not linked to men who have sex with men. So, at this time, it does not apply to us,” the NCDC boss told Sunday Vanguard.

Corroborating his views in an interview, a Director of Research, Nigerian Institute of Medical Research, NIMR, Prof Rosemary Audu, affirmed that the data presented by the NCDC has not associated monkeypox with sexual transmission in Nigeria unlike in the western world where the disease has been associated with homosexuals.

Audu, who raised the alarm on the increasing cases in Nigeria, stressed that the infection can be acquired by direct contact with confirmed cases through skin lesions, oral secretions, urine, faeces, vomitus, blood, sexual contact and sharing a common space.

She said: “There is an increasing incidence of the disease in Nigeria. Hence, all efforts should be geared towards preventive measures like vaccination and awareness creation to minimize direct contact with suspected cases.”

Also in chat, a Consultant Public Health Physician at the Lagos State University Teaching Hospital, LASUTH, Dr Adedayo Aderibigbe, explained that monkeypox was an emerging disease and the aetiology is being studied and not fully understood yet called for caution among Nigerians.

WHO had last week asked homosexuals for a moment to reduce the number of sexual partners, reconsider sex with new partners, and exchange contact details with any new partners to enable follow-up if needed. However, the organisation stressed that anyone can be infected.