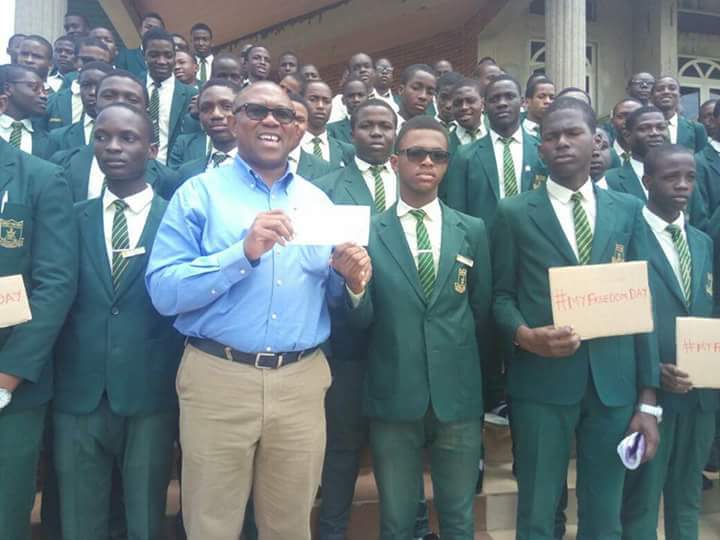 FastNews reports that without a doubt, Nigeria is on the cusp of history due to insurgencies, banditry, corruption, racial prejudice, religious fanaticism, ritual killings, kidnapping, and other everyday happenings that threaten our country’s ability to live in peace.

There is no doubting that many of the crimes and problems the country encounters are directly attributed to the high prevalence of illiteracy in Nigeria. In addition to encouraging social vices, it also inhibits citizens from positively influencing how the nation develops.

Again, we have a major problem on our hands, but we do not see it as a major challenge that requires immediate attention. According to statistics, Nigeria’s illiteracy rate is as high as 62 per cent, and the figures show no signs of improvement.

The burden of illiteracy in Nigeria supports the argument that ignoring basic education has serious consequences for the populace. No northern state ranks among the top ten in the country in terms of literacy levels.

It would be fantastic to see the Northern region rank as highly as the ones in the South, as this rank did not start today and has been fairly consistent for a while. Despite the fact that there is a clear deficiency in education in the North, it has not been adequately addressed.

What are the real solutions to this anomaly that would fit in with the North’s cultural milieu? Again, this should be dealt with urgently in order to fill the gap the North is experiencing without being confrontational; it needs to be an inclusive process that demands sincerity of purpose.

The year 2023 should act as a springboard for establishing the proper leadership that will directly address the high rates of illiteracy in the North and enroll a significant number of our children in public schools.

In that situation, we must redesign public schools, construct their physical facilities, fix their curricula, hire teachers, enroll students, and begin the educational process.

All of this can only be accomplished by someone with the political will to overhaul the educational system for both adults and children.

The plethora of educational shortcomings in the North as well as other regions of Nigeria appear to be easily remedied by Peter Obi’s plan for educational growth.

A glimpse at Peter Obi’s administration as governor of Anambra State from 2006 to 2014 demonstrates unequivocally that the LP presidential contender has a strong educational model that would be greatly advantageous not only to the North but to every other area as well.

In a commendable effort to promote reading culture among residents, Obi’s administration built a massive central library in Anambra State. The majority of Anambra residents have attested to the project’s impact.

Education is critical in the development of any democratic society, Franklin D. Roosevelt, the 32nd President of the United States, once said, “Democracy cannot succeed unless those who express their choice are prepared to choose wisely. The real safeguard of democracy, therefore, is education.” The People deserve a good education if they want a good democracy.

Education promotes tolerance in society and helps reduce common conflicts between diverse populations; if the North, which has the highest number of out-of-school children in the country, could have more access to basic education, most insecurity issues, such as insurgency and banditry, would be reduced to a bare minimum.

Because tolerance is the highest result of education, religious crises associated with intolerance would be a thing of the past.

Apart from procuring and distributing personal computers to post-primary schools in the State, along with professional ICT teachers, power generators, and Internet connectivity, which was novel at the time in Anambra State, Peter Obi was the first Governor to initiate the establishment of Microsoft Academies in designated secondary schools.

It is known that throughout his tenure as governor of Anambra State, Obi’s policies included support for both public and private institutions.

Obi’s appeal to the private sector in supporting his educational projects even after he left the government house in Anambra is one intriguing fact that has made it essential that the North support his educational development plan.

Peter Obi created the “School Apostolate” program, in which he raises funds from kind and generous sources and visits selected schools to assist them in meeting their needs.

In one of such missions to Kogi State Obi said: “Some years ago, I joined in the advocacy for the policy of adopting schools; where you take it upon yourself to provide necessary epistemic infrastructure to the school adopted — laboratories, computers & Internet connectivity, power-generators, sick bay, among others. For the WASC and NECO examinations, one could also undertake to pay the registration fees for a number of candidates”.

To that end, Peter Obi has donated hundreds of millions of Naira to schools across the federation, as well as facilitated learning materials such as laptop computers and other related educational materials, creating hope for a brighter future.

Peter Obi is the best bet for the 2023 presidential elections if the North wants to get it right this time and address its insecurity issues.

Osigwe Omo-Ikirodah is a political analyst and the Principal and Chairman of Bush Radio Academy.