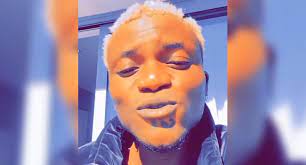 FastNews reports that the fast-rising Nigerian music singer Portable has since apologized on social media for claiming to have started the infamous cult organization One Million Boys.

According to Portable, he is comparable to a pastor with a sizable congregation or a herbalist and healer with a sizable clientele. The performer continued by claiming to be an angel with a large following.

Meanwhile, The Inspector General of Police (IGP), Alkali Baba Usman, on Monday ordered a probe into a claim by controversial singer, Habeeb Okikiola, popularly known as Portable, that he founded a dreaded cult group, One Million Boys.
POLITICS NIGERIA reports that Portable had claimed in a video that he created the group which is largely made up of youths terrorising residents of Lagos and States. He has deleted the video.

In a statement, Muyiwa Adejobi, Force Public Relations Officer (PRO) said the Lagos Commissioner of Police has been asked by IGP Baba Usman to investigate Portable.
“Sequel to the trending video of one Habeeb Okikiola aka Portable where he claimed to have formed the One-Million Boys cult group terrorising some parts of Lagos State, the IGP has ordered CP Lagos to investigate the indicting statement and take necessary legal action.

“This directive is premised on the continuous effort of the Nigeria Police Force to fish out pillars and sponsors of cult groups in order to decimate their activities and restore sanity to our society,” the statement by the police reads.