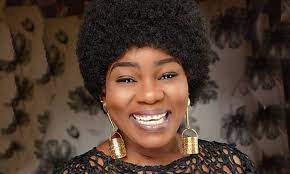 FastNews reports tha the popular character from The Johnsons, played by Nollywood actress Ada Ameh, passed away at the age of 48 after battling mental illness for years.

According to Emeka Rollas, President of the Actors Guild of Nigeria, the actress passed away last night.

The actress recently spoke out about her struggles with mental health after losing some family members.

Before 2020, the actress lost six of her siblings.

She started battling with ill-health and her condition deteriorated after losing another sister in March 2022.

Speaking in a Television programme, she had said: “Everything is going to be fine. I have an issue right now, and it’s taking my life. I will not die. We will get over it.”