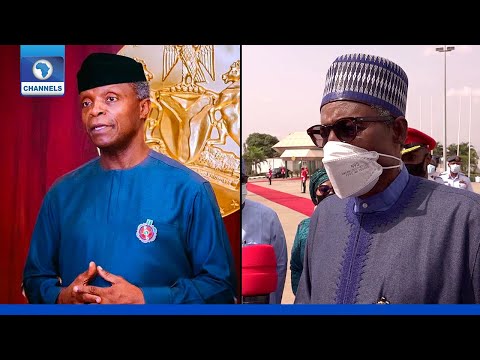 Fastnews Nigeria reports that VP Osinbajo takes over from President Buhari as he travels.

President Muhammadu Buhari for the first time in recent years declared publicly that Vice-President Yemi Osinbajo will be in charge during his two-week medical vacation.

This online news platform understands that President Buhari handed over to VP Osinbajo just before he departed Abuja, Nigeria’s capital for London, the United Kingdom on Sunday, March 6, 2

Our platform reports that though there was no inking if President Buhari had written the National Assembly to formally transmit power to Osinbajo, he said the “Vice-President is in charge’’

The President told State House correspondents before departing for the Nnamdi Azikiwe International Airport, Abuja, that there would be no vacuum as a result of his absence, saying he has capable hands to run the government.

“Vice-President Yemi Osinbajo will be in charge while I’m away. Well, I cannot claim to be doing the work alone. The government is fully represented.