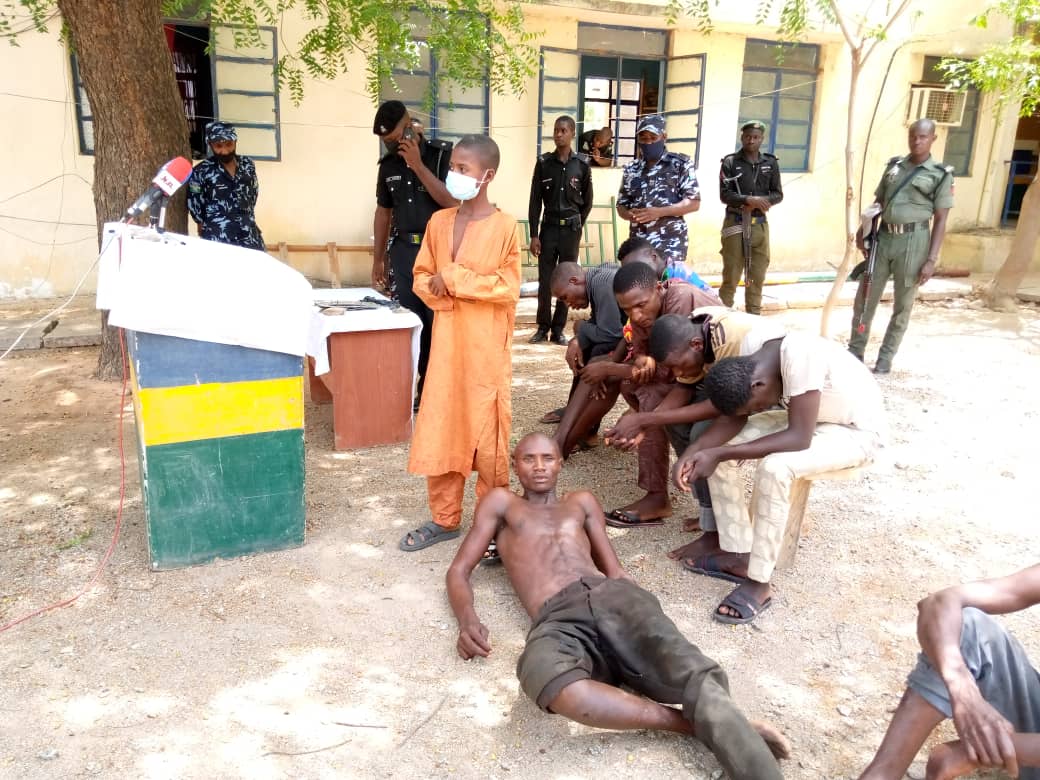 ARREST OF A MINOR-BANDITS WHO SPECIALIZES IN HANDLING OF AK 47 RIFLE:- On the 28/05/2021 at about 1700hrs, based on a tip off, the Command succeeded in arresting one Abdulkarim Mati, ‘m’ aged 13yrs, of Gidan Kaso village, Birnin Magaji LGA of Zamfara state, an errand boy to one Ardo Nashaware, a notorious bandits’ leader, based in Birnin Magaji forest. In the course of investigation, the boy confessed to have been taken from his parent under the guise of rearing of cows by but instead he taught him how to operate AK-47 rifle to guard rustled cows and kidnapped victims in the forest. The boy who demonstrated skills in handling AK 47, also confessed to have been bullied by some elderly bandits, who provoked him, and as a result he picked an AK 47 Rifle shot to death two of the elderly bandits while they were asleep and escaped into town. Investigation is ongoing.