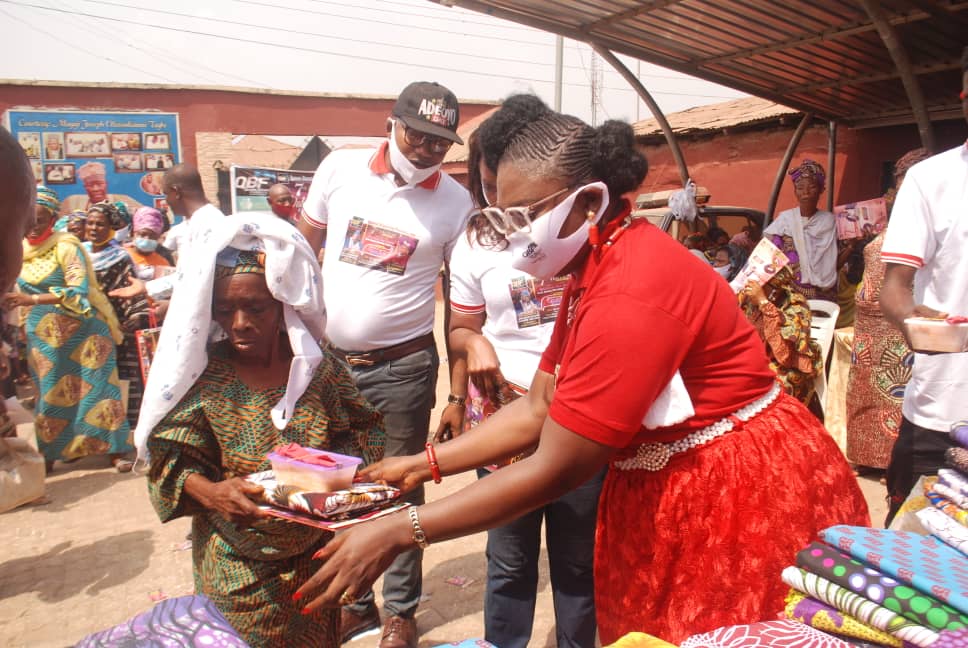 The event witnessed about 750 widows in attendance and were supported with food stuff, wrappers, clothen etc.. in line with the Theme of the event:
“Celebrating the widows & Aged women”

Among those in attendance was the chief host, Olubadan of Ibadan, His Majesty, Oba Saliu Akanmu Olasupo Adetunji and his wife, The Olubadan Palace Pastor, Pastor Adediji Olusoji, The Crowned Prince, Prince Adetunji Rihim, The Media Aide to Olubadan, Adeola Oloko, Moji Odulaja (mama Ajasco) to mention but a few.

The Olubadan of Ibadan used this medium to call on the Government at all levels to focus on the welfare of the elderly in the society.

The Monarch also spoke, through his media aide, Adeola Oloko, encouraged well wishing Nigerians as well as the govt to rise to the task of Nation Building

Queen Blessing also beseeched the Government to create jobs for the youths so they would in turn take good care of their parents.

The foundation also gave appreciation awards to some of the loyal staff’s who work year in year out to make sure the program is successful.

Amb Queen blessing ebigieson said it became necessary for the foundation to show appreciation to them for their selfless services to the NGO.

The event was certainly a happy, fun-filled day for the elderly women present and they couldn’t stop smiling as they received the incentives. It was a blessed sight…

See photos from the event;